Don't see what you looking for?
Some filters moved to Formats filters, which is at the top of the page.
Results2,038 results
Sort:
Rating
View: 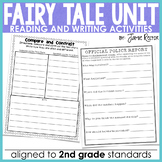 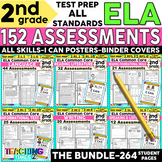 by
Teaching Times 2
4.9
(2.8k)
$14.50
*** EVERYTHING YOU NEED *** for your ELA Common Core Assessment needs- all student pages 152 student assessments and 46 binder divider pages-Great Resource - Just print and go. Some assessments are 2 pages- we only counted them as 1 assessment - So there are 290 plus pages in all with this packet -no answer keyIMPORTANT- We combined all of our 2nd grade ELA Common Core Packets into this one big I WANT IT ALL bundle packet- If you buy this packet there is no need to purchase the 2nd grade domain
Subjects:
Back to School, ELA Test Prep, Tools for Common Core
Grades:
2nd
Types:
Assessment, Centers
CCSS:
RL.2.1, RL.2.2, RL.2.3, RL.2.4, RL.2.5… 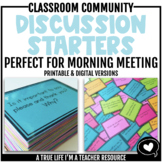 by
True Life I'm a Teacher
4.9
(1.9k)
$12.00
$9.00
Use these discussion starters as part of morning meeting, a writing center, work on writing, partner work, morning work, or as writing prompts.Included are 108 discussion starters, as well as 9 blank cards that you can use to create your own. There are 9 prompts per page in black and white which makes for easy printing.UPDATED 2/4/18 to include a digital version of each card which are perfect for projecting in your classroom. The digital discussion starters are easy to read, but include a colorf
Subjects:
Oral Communication, Other (ELA), Writing
Grades:
Not Grade Specific
Types:
Activities
CCSS:
SL.1.1, SL.1.1a, SL.1.1b, SL.1.1c, SL.1.3… 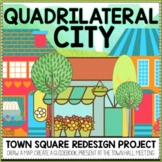 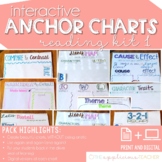 by
The Applicious Teacher
4.9
(1.3k)
$7.50
Interactive Anchor Charts Print and Digital: Reading Edition Want to make beautiful and functional Anchor Charts that will LAST for your classroom? This pack of Interactive Anchor Charts are designed to save you time (and frustration) when it comes to making reading Anchor Charts for your classroom.All charts in this pack are designed to be used “interactively”. That means, they don’t just sit there and look pretty. Students fill them in! Just laminate and use dry erase markers or sticky notes t
Subjects:
English Language Arts, Reading, Reading Strategies
Grades:
1st - 5th
Types:
Activities, Posters
CCSS:
RL.1.2, RL.1.3, RL.1.5, RL.1.6, RL.1.7… 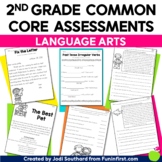 by
Jodi Southard
4.9
(1.2k)
$14.50
Are you looking for something to help assess all of the 2nd grade Common Core Language Arts standards? This comprehensive assessment packet is for you. Having an assessment for every standard all in one place is a huge time saver. What does this product include?This assessment packet includes at least one assessment for EVERY Common Core Language Standard including each sub-category within the standards. The assessments include a variety of whole group, small group, and individual assessment
Subjects:
English Language Arts, Tools for Common Core
Grades:
2nd
Types:
Assessment, Printables
CCSS:
RL.2.1, RL.2.2, RL.2.3, RL.2.4, RL.2.5… 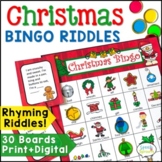 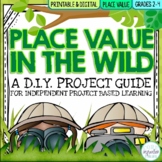 by
Core Inspiration by Laura Santos
4.8
(1.1k)
$9.00
Bring your place value unit to life with this project based learning (PBL) experience. This place value project is designed to help your students apply their knowledge about standard form, expanded form, word form, comparing numbers, and ordering numbers through a simulation project that incorporates informational reading and research. A digital and printable version of this resource are included making it easy to use whether you are teaching in person, using digital learning, or a combination o
Subjects:
Math, Place Value
Grades:
2nd - 4th
Types:
Centers, Projects
CCSS:
2.NBT.A.1, 2.NBT.A.3, 2.NBT.A.4, 3.NBT.A.1, 4.NBT.A.2… 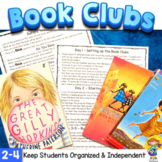 Book Clubs and Lit Circles Organization to Use with Any Book

by
Rockin Teacher Materials by Hilary Lewis
4.9
(754)
$5.99
Running book clubs in your classroom is an effective and engaging way to get students invested in reading and students participating! The standards for speaking and listening align perfectly with students participating in Book Clubs! The trick to making this a successful enterprise in your classroom is ORGANIZATION! Help your students keep track of the when, where, and how much, all while having discussion questions for book clubs ready to go!Included in this pack is:Lesson plan on how to get th
Subjects:
Balanced Literacy, Literature, Reading
Grades:
2nd - 4th
Types:
Lesson
CCSS:
SL.2.1, SL.2.1a, SL.2.1b, SL.2.1c, SL.2.4… 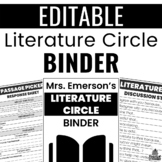 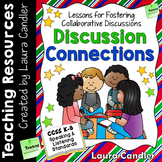 by
Laura Candler
5.0
(593)
$4.95
Do your students know how to have REAL discussions where they actually listen to each other and link their ideas to others in the group? If not, Discussion Connections has the tools you need to foster effective cooperative learning discussions. This product includes five lessons that make it easy for K-8 teachers to meet CCSS standards for speaking and listening and to foster effective text-based discussions. Not all lessons can be used with all grade levels, so preview this packet before purcha
Subjects:
Classroom Management, English Language Arts, Tools for Common Core
Grades:
2nd - 5th
Types:
Literature Circles
CCSS:
SL.K.1, SL.K.1a, SL.K.1b, SL.1.1, SL.1.1b… 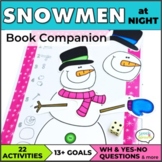 I Can Statements Bundle 2nd Grade

You will receive over 888 pages of language arts and math I cans for EVERY CCSS! There are also editable pages for you to type in your own wording. You will also receive math and ELA checklists for each domain that help you keep track of what standards you have taught and which ones still need to be covered. This will help you ensure that you have taught every standard in the core. There are versions that come with the CCSS tags and without. Included in this download are I Can Statements that c
Subjects:
Back to School, English Language Arts, Math
Grades:
2nd
Types:
Bulletin Board Ideas, Posters, Printables
CCSS:
RL.2.1, RL.2.2, RL.2.3, RL.2.4, RL.2.5… 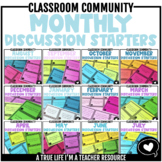 Using discussion starters is a great way to incorporate speaking and listening standards while helping building a community of learners in your classroom.What are discussion starters?Discussion starters cards that contain a question, thought, or task for students to think about, and respond to. There are a range of topics within each month ranging from seasons and weather, to holidays and special events, to general themes I included for each month. Each discussion starter is on a small card, wit
Subjects:
Classroom Community, English Language Arts, Oral Communication
Grades:
Not Grade Specific
Types:
Activities
CCSS:
SL.1.1, SL.1.1a, SL.1.1b, SL.1.1c, SL.1.2… 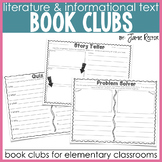 by
Jamie Rector
4.9
(416)
$4.25
This Common Core-Aligned resource was created to use in conjunction with Book Clubs in the elementary classroom. Book clubs are groups of students that are grouped together according to their reading level. They are given a text (preferably a chapter book) that is on their group's independent reading level. The students are asked to read a chapter or certain number of pages each day, then complete an activity based on their specified job for the day. Each day their job changes, which means the s
Subjects:
Informational Text, Literature, Reading
Grades:
2nd
Types:
Literature Circles
CCSS:
RL.2.1, RL.2.3, RL.2.5, RL.2.7, RI.2.1… 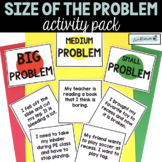 Size of the Problem Activities

by
Allie Szczecinski with Miss Behavior
4.9
(392)
$11.50
The resources included in this product are designed to assist you in teaching the students the size of their everyday problems and appropriate reactions through hands on experiences, visuals, scenarios, group activities, self reflection, and independent practice!INCLUDED:★ Ideas for use★ Size of the problem posters & visuals ★ Size of the problem desk display★ Headers and scenario cards for sorting by problem size★ Headers and scenario cards for sorting by reaction size★ Adapted Book - What
Subjects:
School Counseling, School Psychology, Special Education
Grades:
PreK - 5th
Types:
Activities, Lesson, Printables
CCSS:
W.K.2, W.1.2, W.2.2, W.3.2, SL.1.1…

Also included in: Size of the Problem Resources - Comprehensive Bundle 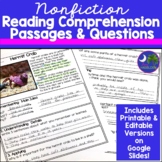 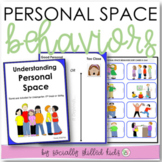 by
Socially Skilled Kids
4.8
(380)
$7.00
Personal Space is a very important Social Skill for children in elementary school to learn, practice and grow. A good understanding of Personal Space will help your students have better social relationships, make and maintain friendships.Understanding and keeping good personal space helps children to stay safe and be able to self advocate for their needs.Do you have students who have a difficult time keeping good Personal Space? Do they... Lean on others Touch others without permission Bump into
Subjects:
School Counseling, Special Education, Speech Therapy
Grades:
1st - 4th
Types:
Activities, Printables
CCSS:
SL.K.1, SL.K.3, SL.K.6, SL.1.1, SL.1.3… 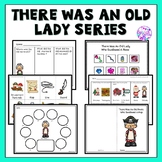 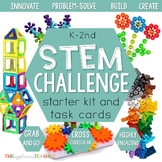 by
The Applicious Teacher
4.9
(363)
$5.50
Mini Classroom STEM Lab Starter Kit and STEM Task Cards Not sure where to start when it comes to incorporating STEM into your classroom routine? This STEM Lab Starter kit and STEM Task Cards are designed to help you easily add STEM activities to your everyday schedule in a meaningful and low prep way! WHY STEM? STEM stands for Science, Technology, Engineering, and Math. Educating students in STEM subjects prepare students for life, regardless of the profession they choose to follow. STEM
Subjects:
Back to School, Math, Science
Grades:
K - 2nd
Types:
Activities, Centers
CCSS:
K.G.A.1, K.G.A.2, SL.K.1, SL.K.1a, K.G.A.3… 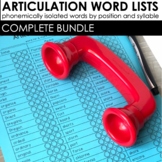 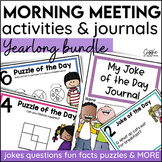 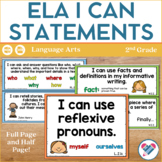 I Can Statements 2nd Grade ELA

by
Create-Abilities
4.9
(338)
$11.00
This set contains 458 pages of I can statements in kid-friendly language. There are I can's that cover ALL the standards in the 2nd grade Common Core English Language Arts curriculum. There are also 7 pages of standards checklists to help you keep track of what standards you have taught and what still needs to be covered. Language Arts Topics Covered in this PackReading: LiteratureReading: Informational TextReading: Foundational SkillsWritingSpeaking and ListeningLanguageWhat's Included:67 diffe
Subjects:
Informational Text, Literature, Writing
Grades:
2nd
Types:
Activities, Assessment, Bulletin Board Ideas
CCSS:
RL.2.1, RL.2.2, RL.2.3, RL.2.4, RL.2.5…

Also included in: I Can Statements Bundle 2nd Grade 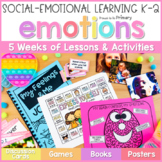