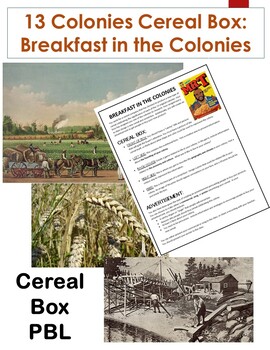 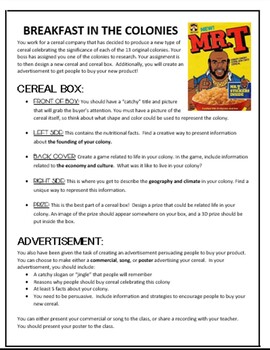 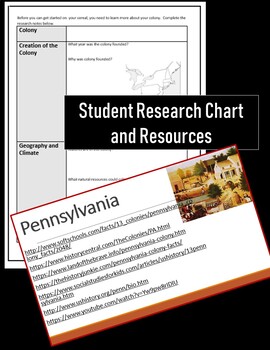 Kids love cereal! Kids get interested in learning about the 13 colonies. So, why not combine them into one engaging activity? In this PBL, students learn about one of the original colonies while creating a brand new cereal, designing a cereal box, and presenting an advertisement.

Students will research to learn about the colony, including the founding, geography and climate, economy, and culture. A variety of resources are provided for each of the colonies, including websites and videos. Then, they use that information to make their cereal, cereal box (including a prize!) and advertisement.

Included in this product:

This is a unique way for students to show what they have learned, be creative, and develop their persuasive skills!