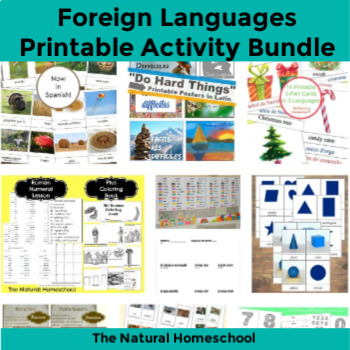 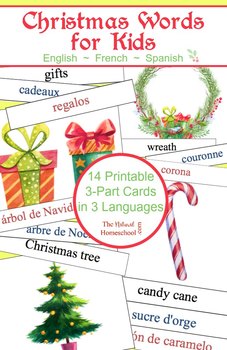 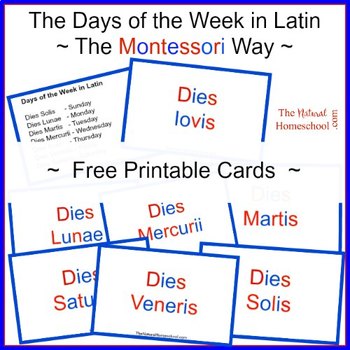 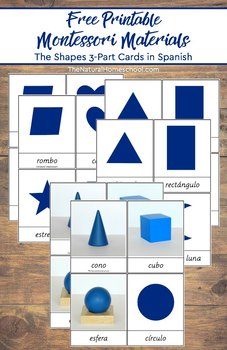 What is the best or easiest foreign language for kids to learn? Well, they say that learning Spanish for kids is usually the first recommended language, so I'm including some Spanish printables here.

But I don't stop there! Check this out!

5 The Lord’s Prayer Words in Spanish, Latin, English and French

10 Montessori Language Arts & Latin ~ Names of the Week in Latin

13 Christmas Words for Kids in 3 Languages 3-Part Cards in English, Spanish and French