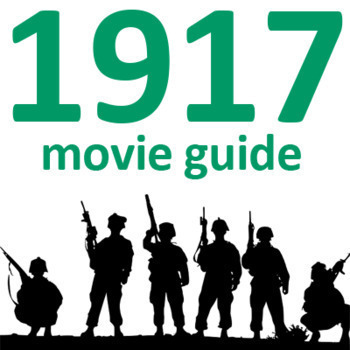 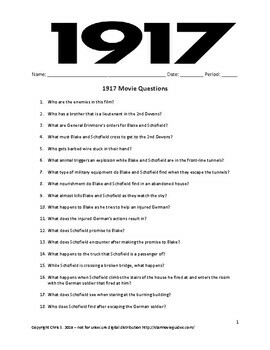 1917 movie questions helps keep students engaged throughout the film by providing 29 questions for them to answer to keep them on track. The 1917 movie guide comes with a key that has suggested answers provided at the end. This worksheet is for the film 1917, which was released in 2019.

The 1917 movie worksheet follows along during World War I as two British soldiers -- Lance Cpl. Schofield and Lance Cpl. Blake -- receive seemingly impossible orders. In a race against time, they must cross over into enemy territory to deliver a message that could potentially save 1,600 of their fellow comrades -- including Blake's own brother.