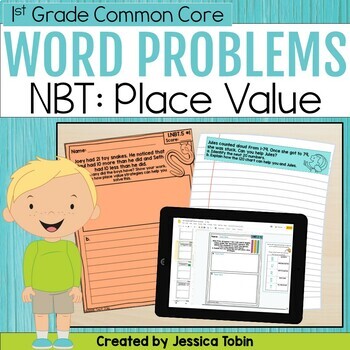 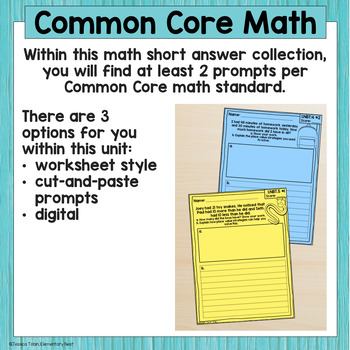 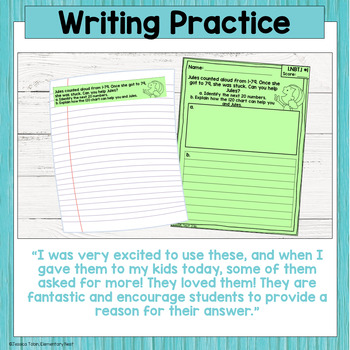 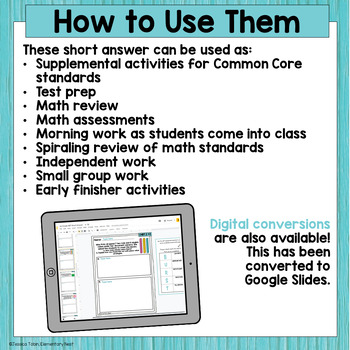 This Numbers and Operations in Base Ten (place value) pack is a Short Answer resource to use when teaching place value and base ten! There are short answer questions for topics such as counting to 120, comparing numbers, ten more and ten less, adding 2-digit numbers, subtracting tens, and more! This is perfect to use when teaching students how to answer constructed response questions.

In this pack, you are able to choose the format that you would like to use for your students. You can either print the pages of as traditional worksheets to put into a folder or a binder. Or you could print the strips off for an interactive notebook.

*There is now a digital component included in this resource. The word problem worksheets are now created in Google Slides.

There is also a problem solving strategy page at the beginning. One is a poster to print and keep in your classroom. The other are small bookmarks for students to hold onto while they are learning.

This item aligns to the Common Core standards for the Numbers and Operations in Base Ten (NBT) domain, but you don't have to be a Common Core classroom to use this pack!

You can save money by buying this interactive notebook pack in a bundle of four other CCSS math short answers!

You can also save even MORE money by buying this pack within the First Grade Common Core Math Mega Bundle!

If you're interested in sharing with other classrooms, make sure to buy the extra licenses for a discount through the TeachersPayTeachers tool. If you are interested in a site license, please contact me for a quote at jessica.L.tobin@gmail.com.