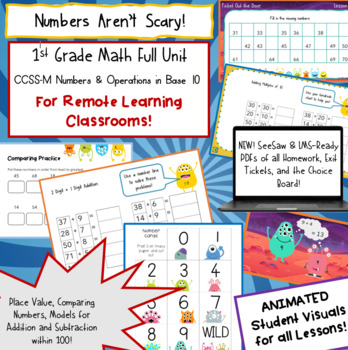 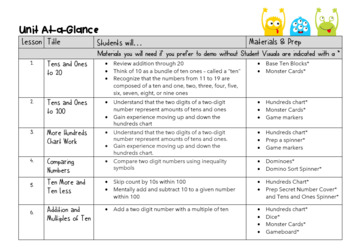 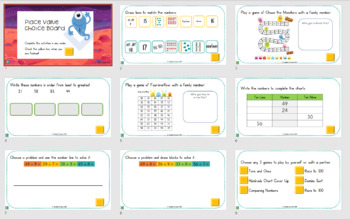 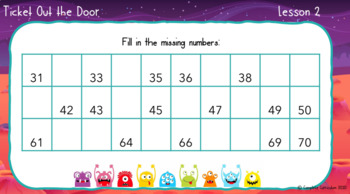 CompleteCurriculum
409 Followers
Follow
Made for Google Drive™
This resource can be used by students on Google Drive or Google Classroom. To access this resource, you’ll need to allow TpT to add it to your Google Drive. See our FAQ and Privacy Policy for more information.
DescriptionStandards9ReviewsQ&A

NEW to this Unit! If you loved our beginning of the year review, this unit provides the next set of lessons, AND we have also included PDFs of all homework, exit tickets, and the choice board in a format that is SeeSaw-friendly!

This two+ week, monster-themed lesson plan pack comes with printables, online activities, and digital versions of practice that will help your first graders tackle place value and addition. It also includes all your lessons in a ready-to-go animated Google Slideshow, so you can demonstrate games and strategies in a remote classroom environment.

This unit was designed to cover all the first grade standards for Numbers and Operations in Base Ten:

Use place value understanding and properties of operations to add and subtract.