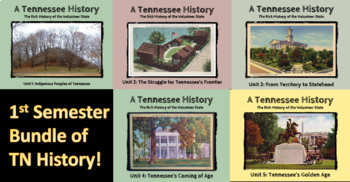 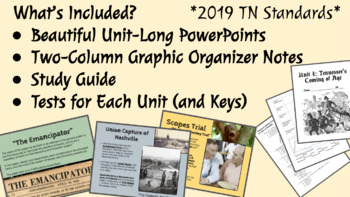 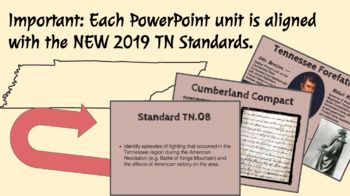 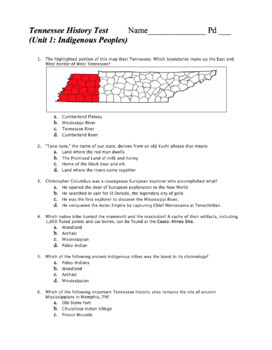 Founding Fathers USA
78 Followers
Follow
Compatible with Easel Activities
This resource contains one or more resources that are compatible with Easel by TpT, a suite of digital tools you can use to make any lesson interactive and device-ready. Customize these activities and assign them to students, all from Easel. Easel is free to use! Learn more.

Enjoy the entire First Semester of Tennessee History from Unit 1: Indigenous Peoples to Unit 5: Tennessee's Golden Age! This is the perfect Tennessee History bundle for Grades 5-12. The Powerpoint Slideshows are packed with relevant information and significance of every state standard. Note: these materials all correlate to the *NEW* Tennessee Standards of 2019 onward. There are five units, each named according to the standards. Each unit contains the Powerpoint, Notes Packet, Study Guide, and Test (including test answer keys). Enjoy!