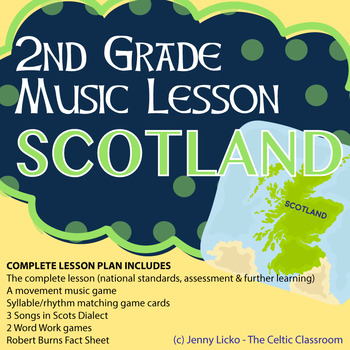 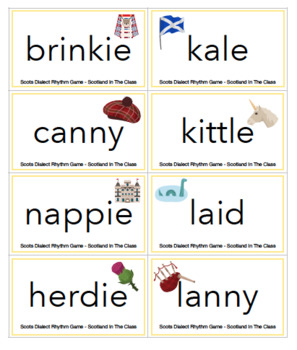 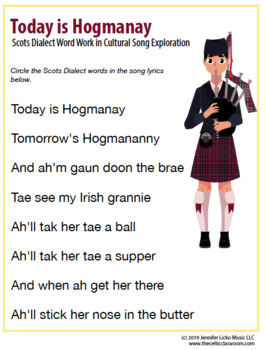 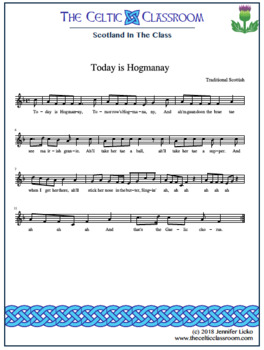 Travel to Scotland through song with your students in this lesson which focuses on cultural expression through traditional Scottish songs. Scots Dialect is one of the three languages spoken in Scotland. However, it is very similar to English making it accessible for teaching songs. The awesome part about songs in Scots Dialect is the correlation with the rhythmic pattern so often used in Scottish Music called the Scotch Snap (dotted eight & a16th). This lesson doesn’t teach that rhythmic pattern as it’s a little advanced to learn, but it’s not too early to feel it which your students will do in this lesson! Students will engage in the fun movement music game included and the syllable/rhythm matching game.

• (MU:Cr2.1.2) a: Demonstrate and explain personal reasons for selecting patterns and ideas for music that represent expressive intent.

• (MU:Pr4.2.2) a: Demonstrate knowledge of music concepts (such as tonality and meter) in music from a variety of cultures selected for performance.

The 3 songs chosen represent authentic Scottish songs collected by Jenny Licko, after studying Scottish history and culture at the University of Edinburgh in Scotland. The authenticity of resources are verified for all The Celtic Classroom products.
www.thecelticclassroom.com