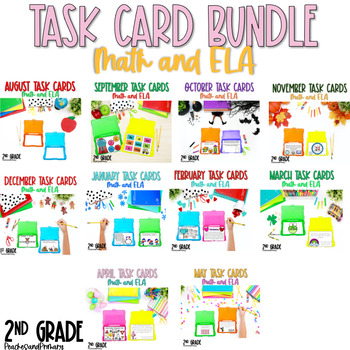 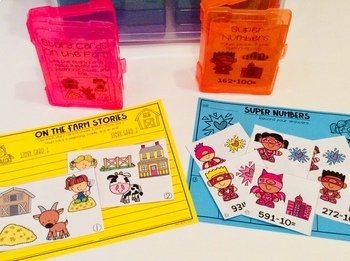 This is a GROWING BUNDLE. This bundle will cover 2nd grade standards.

Task boxes are a fun way to engage your students! These are created in colored ink.

A dry erase marker is all that is needed with the occasional item you most likely have in your classroom. See the preview for a list. Laminate for durability and continued use. An accountability sheet will be provided for each task card.

Use as a center, early finishers, small group, or independent work.

This bundle is heavily discounted while we work! Each month, you will receive the update at no extra charge. All you will need to do each month is check back at the dates below to redownload the updated product in your purchases tab!

We greatly value the the trust you put into our work. Each month will be uploaded with time to prep. The timeline for bundle completion is as follows:

This bundle will be completed no later than December 23, 2020.

Price Updates: The bundle will increase each time a new month is added.

This bundle will be $40 when completely finished.

-Sounds of C and G

-Subtraction with and without regrouping word problems

-2 digit subtraction with and without regrouping

-Addition and Subtraction within 20

-Addition and Subtraction within 100

-Even and Odd Numbers

-Addition and Subtraction within 20

This unit was created by KG Firsties. Please check out the preview to see everything included. Leave any questions you have in the Q&A section of TpT.