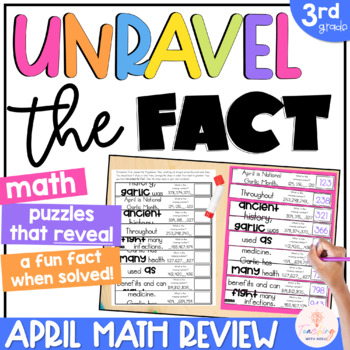 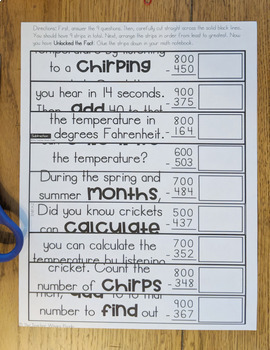 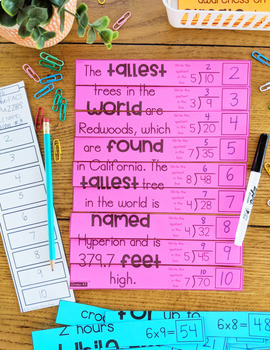 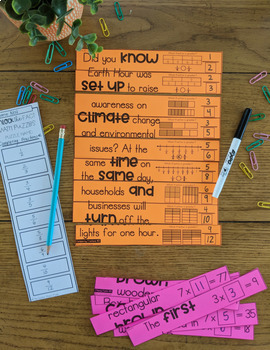 ©Unlock the Fact Math Puzzles are an original idea by The Teacher Wears Prada.

In the PREVIEW, you'll see some examples from the MARCH EDITION.

How do these low-prep math puzzles work?

The APRIL EDITION of these cross-curricular Unlock the Fact Math Puzzles reveal facts themed around holidays in April. Students will answer the 9 math problems, put the puzzle strips in order from LEAST to GREATEST. If they have answered the problems correctly and have placed the numbers in order correctly, an interesting fact will be revealed. They will have "unlocked a fact".

What themes/facts are featured this month?

This resource includes 62 different math puzzles {two different formats} that cover a variety of 3rd Grade Common Core Math Skills. A recording sheet for accountability and a fact booklet for students to record their facts {optional} are also included.

Option #1: {MATH CENTERS} Print on colored paper, laminate, students write and wipe the answers with a thin dry erase marker. These laminated puzzles can be placed in math centers.

Option #2: {PRINT AND GO RESOURCE} Pieces are already mixed up/jumbled up for students to solve, cut and put together to glue into math notebook or on a piece of construction paper. Students can complete these independently for morning work, math warm-ups, independent math work during math rotations, etc.

What skills are included?

Look for the green ★ next to my store logo and click it or simply click here to follow my store. You will now receive notifications about this store and be the first to know about 50% OFF discounts, new resources and freebies!

If you're interested in more free resources, you can get access to my Free Resource Library here.