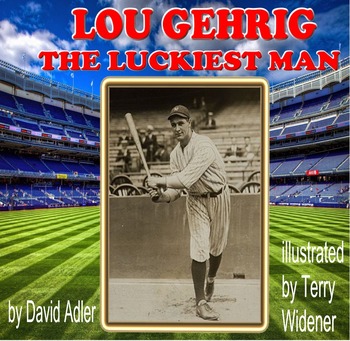 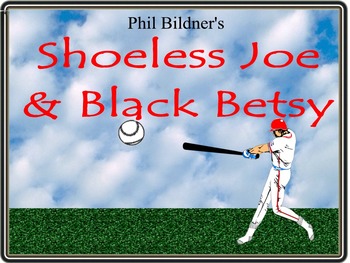 HOME RUN, THE STORY OF BABE RUTH by Robert Burleigh

HONUS AND ME by Dan Gutman

Lou Gehrig was an American baseball first baseman who played his entire professional career (17 seasons) in Major League Baseball (MLB) for the New York Yankees, from 1923 until 1939. Gehrig became famous as a hitter and his perseverance in never missing a game for 2,130 consecutive games earned him his nickname "the Iron Horse." He was an All-Star seven consecutive times, winner of multiple awards, and a member of six World Series champion teams. He had a career .340 batting average, and he hit 493 home runs. He was elected to the Baseball Hall of Fame and was the first MLB player to have his uniform number (4) retired by a team.

Unfortunately, he was stricken by a debilitating disease when he was in his 30s, but Lou Gehrig will be long remembered as a courageous athlete when, in a speech at Yankee Stadium, he described himself as “The Luckiest Man.” To order this book, click here: https://amzn.to/2Cg2P9l

This literature guide for Lou Gehrig, The Luckiest Man, was written by Suzy Red and includes these activities:

The Heart of the Hero-Characteristics of a Hero

To order this and other award-winning books, click here: https://amzn.to/2D4iv0Z

HOME RUN, THE STORY OF BABE RUTH by Robert Burleigh

Through a combination of beautiful oil paintings, authentic baseball cards, and free verse poetry, meet the baseball hero who set the standard for the game. Babe Ruth! George Herman Ruth, Jr. spent his summers playing ball on a dirt lot. He dreamed of playing baseball for the New York Yankees and followed his dreams to become a legend. He was the Babe—Babe Ruth—and baseball was his game.

Home Run is a compelling portrait of a man, and of a time when baseball was truly America's game.

This literature guide was written by Kids Wings' Suzy Red and includes:

The Many Names of Babe Ruth--Crossword Puzzle

He wanted to play in the major leagues, but he had to be a good hitter to stay there. What did he do to come out of his slumps? This is the story of a baseball player whose treasure lay in playing in the major leagues. On the way to becoming one of the best hitters in baseball history, he paired up with Black Betsy, the biggest, meanest old bat in the game. Once, he even played a game in his socks when his new shoes rubbed blisters on his feet and won the nickname “Shoeless Joe”! Phil Bildner’s text is entertaining, and filled with humor and lots of back woods colloquialisms that make this picture book perfect for reading aloud. Shoeless Joe Jackson batted .408 his rookie year. With such a terrific batting record, why isn't the name of Shoeless Joe Jackson in the Baseball Hall of Fame? The afterword and "baseball card" full of facts, figures, and statistics completes the story. To order the book, Click Here: https://amzn.to/2Cj2nXI

This Kids Wings Literature Guide for Shoeless Joe and Black Betsy was written by Suzy Red and includes these activities:

The Writer's Craft-Analyze the Author's Use of the Story

Write the story of Pete Rose using The Writer's Craft

Letter to the Commissioner of Baseball

HONUS AND ME by Dan Gutman

Honus and Me by Dan Gutman

Joe Shoshack, a young baseball fanatic, discovers a rare and valuable baseball card while cleaning out an attic for an elderly friend. In Joe’s hands, the card, opening a door in time, leads him into a time-traveling adventure with his baseball hero, Honus Wagner and the 1909 World Series. To order the book, click here:

This Kids' Wings Study Guide for Honus and Me was written by Suzy Red, and contains these activities:

What Could Joe Do with Half a Million?

What Could I Do with Half A Million?

Collect Similes! Act Them Out!

The Turn of the Century Brainstorm and Play

PLEASE NOTE: Kids Wings materials are written by highly experienced master teachers. We hire professional proof readers who are also master educators. We do our best to be sure each of our literature guides is top quality and error free, and classroom tested, but if you think we can do better, we welcome your input. If you find an error in our materials, please email us at suzy@suzyred.com so we can make corrections. After it is corrected, we will invite you to download a newly polished copy and will probably attach a surprise to our reply as a thank-you!

If you like our materials, we would be very grateful if you let us and others know!

Total Pages
38 pages
Answer Key
Included
Teaching Duration
1 month
Report this Resource to TpT
Reported resources will be reviewed by our team. Report this resource to let us know if this resource violates TpT’s content guidelines.