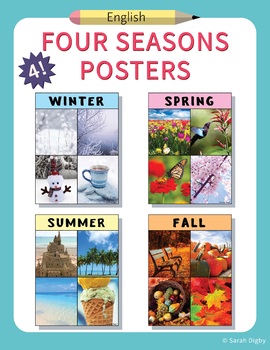 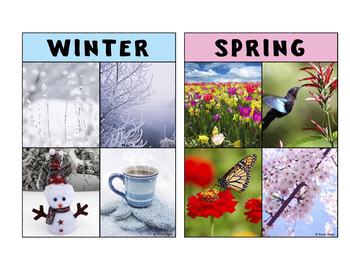 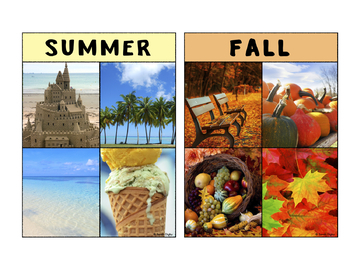 Four English posters of the four seasons, with each poster featuring various real-life pictures that perfectly capture each season. These posters are great for any early classroom! Additionally, the use of real images renders these posters ideal for any age range, including older ELLs/emergent bilinguals and SIFE needing to master these critical vocabulary words, as well as the concepts of seasons (many newcomer students come from countries where there are not four pronounced seasons as there are in countries such as the United States).

The files are large enough to be blown up as full-size posters. They can also serve as individual handouts for students.