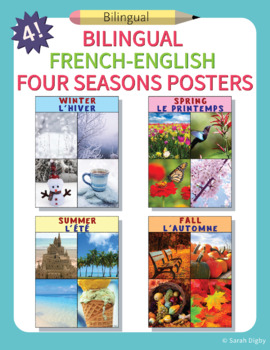 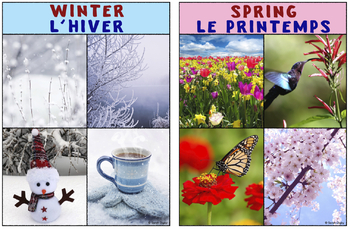 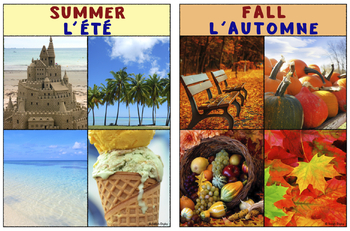 These four French-English bilingual posters of each of the four seasons feature various pictures that perfectly capture each season! These posters are excellent for any early bilingual or language-learning classroom. The use of real pictures also make these posters ideal for older French-speaking ELLs/emergent bilinguals.

The files are large enough to be blown up as full-size posters. They can also serve as individual handouts for students.

• Days of the Week Calendar Poster »