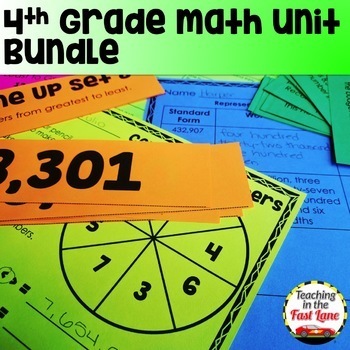 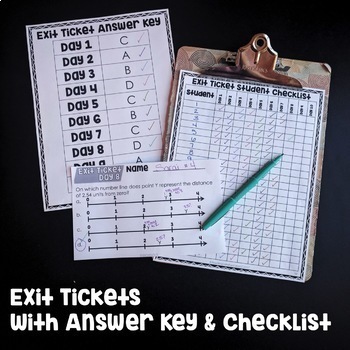 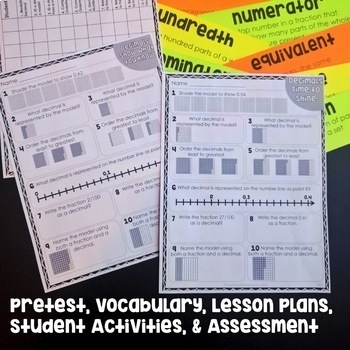 This bundle of 4th-grade math units with lesson plans is a great way to use a guided math approach in the 4th-grade classroom.

This bundle can be used alone or to supplement other classroom materials.

These units are designed to follow the TEKS and CCSS.

Each unit in this 4th grade math bundle includes:

⬆️ Check out the preview above for a better look at what is included in the 4th grade math bundle! ⬆️

These units are designed to be paired with these Math Stations for an organized and engaging math block following the guided math model.

What Are Teachers Saying About This 4th Grade Math Bundle?

⭐️⭐️⭐️⭐️⭐️
This resource is teacher GOLD! Thank you so much for helping me organize my classroom. I love that it coordinates with Texas TEKS!

Thank you!!! I use these every day. They are perfect for teachers new to the subject of math. Worth every penny!

Total Pages
currently 1,500+
Answer Key
Included
Teaching Duration
1 Year
Report this Resource to TpT
Reported resources will be reviewed by our team. Report this resource to let us know if this resource violates TpT’s content guidelines.

Log in
to see state-specific standards (only available in the US).
CCSS4.MD.A.1
Know relative sizes of measurement units within one system of units including km, m, cm; kg, g; lb, oz.; l, ml; hr, min, sec. Within a single system of measurement, express measurements in a larger unit in terms of a smaller unit. Record measurement equivalents in a two-column table. For example, know that 1 ft is 12 times as long as 1 in. Express the length of a 4 ft snake as 48 in. Generate a conversion table for feet and inches listing the number pairs (1, 12), (2, 24), (3, 36),...
CCSS4.MD.A.2
Use the four operations to solve word problems involving distances, intervals of time, liquid volumes, masses of objects, and money, including problems involving simple fractions or decimals, and problems that require expressing measurements given in a larger unit in terms of a smaller unit. Represent measurement quantities using diagrams such as number line diagrams that feature a measurement scale.
CCSS4.MD.A.3
Apply the area and perimeter formulas for rectangles in real world and mathematical problems. For example, find the width of a rectangular room given the area of the flooring and the length, by viewing the area formula as a multiplication equation with an unknown factor.
CCSS4.MD.B.4
Make a line plot to display a data set of measurements in fractions of a unit (1/2, 1/4, 1/8). Solve problems involving addition and subtraction of fractions by using information presented in line plots. For example, from a line plot find and interpret the difference in length between the longest and shortest specimens in an insect collection.
CCSS4.MD.C.6
Measure angles in whole-number degrees using a protractor. Sketch angles of specified measure.