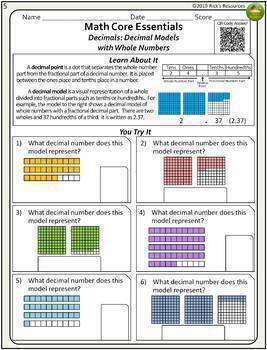 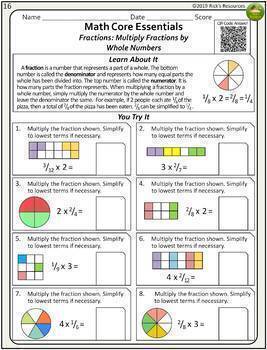 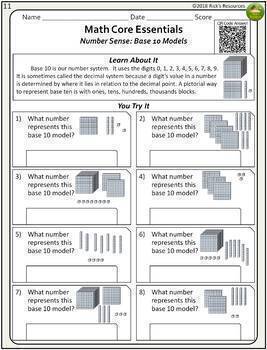 You are covered with this resource. It includes a PDF printable version as well as a Google Slides™ digital version for each resource. It's great for either in-person class or distance learning at home. The math worksheets address core standards in an effective and motivating format. Each worksheet indicates the skill being practiced and provides short instruction followed by practice problems - making them useful for parent volunteers or tutors. Students can receive instant feedback to their choices by reading the QR code on the PDF worksheet or by accessing the answer keys. Prints well in color or grayscale.

The core concepts addressed in this 4th grade core math kit are as follows:

* Even and Odd Numbers

* Addition Fill in the Missing Digits

* Subtraction Fill in the Missing Digits

Geometry and Probability and Variables

* Expressions with Variables in Stories

Classroom teachers can use the worksheets to supplement the math program for reviewing and practicing core math skills. Great for review before math tests. Since the worksheets include basic instruction, they can be used for homework or centers and are great for parent volunteers or tutoring. The worksheets can be effective for summer review and for parent monitored home practice.

Rick Whitehead has been a teacher and author for over 30 years in public and private practice. His background includes teaching in public schools, curriculum development, school program design, private mentoring and author of juvenile fiction. He is devoted to helping children learn and grow by providing high-quality resources that are highly motivating and effective even for the most reluctant learners.

Log in
to see state-specific standards (only available in the US).
CCSS4.NF.C.7
Compare two decimals to hundredths by reasoning about their size. Recognize that comparisons are valid only when the two decimals refer to the same whole. Record the results of comparisons with the symbols >, =, or <, and justify the conclusions, e.g., by using a visual model.
CCSS4.NF.C.6
Use decimal notation for fractions with denominators 10 or 100. For example, rewrite 0.62 as 62/100; describe a length as 0.62 meters; locate 0.62 on a number line diagram.
CCSS4.NF.C.5
Express a fraction with denominator 10 as an equivalent fraction with denominator 100, and use this technique to add two fractions with respective denominators 10 and 100. For example, express 3/10 as 30/100, and add 3/10 + 4/100 = 34/100.
CCSS4.G.A.3
Recognize a line of symmetry for a two-dimensional figure as a line across the figure such that the figure can be folded along the line into matching parts. Identify line-symmetric figures and draw lines of symmetry.
CCSS4.G.A.2
Classify two-dimensional figures based on the presence or absence of parallel or perpendicular lines, or the presence or absence of angles of a specified size. Recognize right triangles as a category, and identify right triangles.