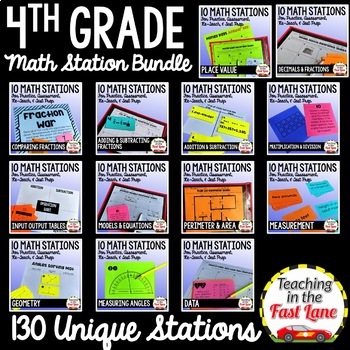 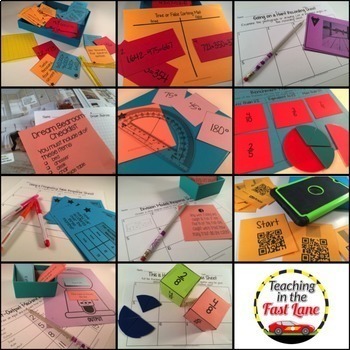 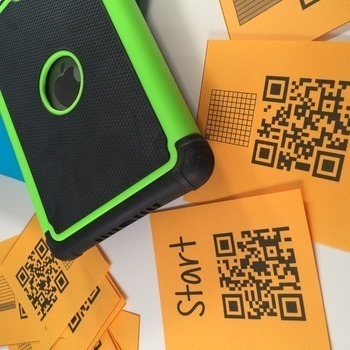 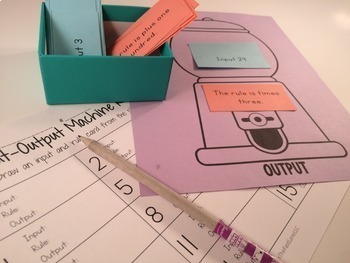 This 4th Grade Math Stations Bundle has everything you need for your students to practice for mastery according to the 4th grade math standards!

Included in this 4th Grade Math Stations Bundle are thirteen individual sets of math stations. Each individual math station set has ten activities for a fourth grade standard in math. These activities are created entirely in black and white to save on expensive colored ink and meant to target the standard specified to fill in gaps and gather data about student mastery.

How Do I Use These 4th Grade Math Stations?

Please check out each of the individual products for more specific descriptions and product previews.

For more test prep check out my Test Smash series:

Log in
to see state-specific standards (only available in the US).
CCSS4.MD.A.3
Apply the area and perimeter formulas for rectangles in real world and mathematical problems. For example, find the width of a rectangular room given the area of the flooring and the length, by viewing the area formula as a multiplication equation with an unknown factor.
CCSS4.MD.B.4
Make a line plot to display a data set of measurements in fractions of a unit (1/2, 1/4, 1/8). Solve problems involving addition and subtraction of fractions by using information presented in line plots. For example, from a line plot find and interpret the difference in length between the longest and shortest specimens in an insect collection.
CCSS4.MD.C.6
Measure angles in whole-number degrees using a protractor. Sketch angles of specified measure.
CCSS4.MD.C.7
Recognize angle measure as additive. When an angle is decomposed into non-overlapping parts, the angle measure of the whole is the sum of the angle measures of the parts. Solve addition and subtraction problems to find unknown angles on a diagram in real world and mathematical problems, e.g., by using an equation with a symbol for the unknown angle measure.
CCSS4.NBT.A.2
Read and write multi-digit whole numbers using base-ten numerals, number names, and expanded form. Compare two multi-digit numbers based on meanings of the digits in each place, using >, =, and < symbols to record the results of comparisons.