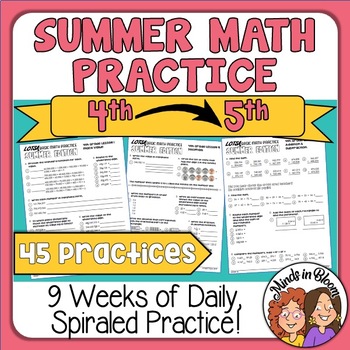 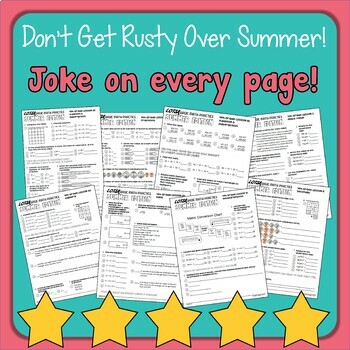 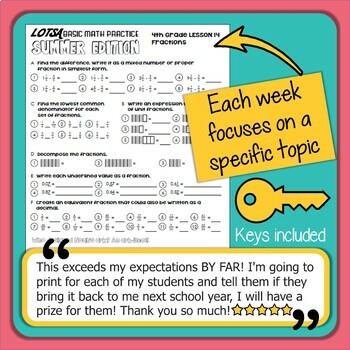 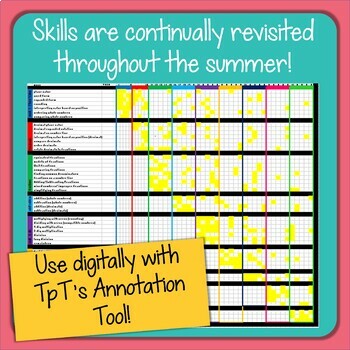 9 WEEKS OF MATH PRACTICE! KEEP THOSE SKILLS SHARP! No Prep!!!

This math summer practice packet includes 45 printable sheets. Each week reviews knowledge and skills that were learned in fourth grade. Afterward, the skills are continually revisited throughout the summer. In this way, the students are ready for fifth grade! This product can also be good for advanced third graders or fifth graders who may need a little more practice with math skills.

Save the summer slide for the playground!

► Key for all pages

CLICK ON PREVIEW TO ZOOM IN ON THE IMAGE PICTURES.

According to Duke University Professor, Harris Cooper, students' academics are affected by the summer holiday. He poses that at best, students make little to no academic gains, and at worse, students lose 2-3 months of learning. He also found that summer loss was greatest in math, especially math computation.

Give your students the tools they will need to enter 5th grade with confidence! Each page boasts many math problems that are sure to keep your students sharp! Don't let what they worked so hard to learn in 4th grade disappear!

This packet includes many opportunities to review the following skills and more!

☼ Value based on position

☼ Decimals on a Number Line

☼ Fractions on a Number Line

☼ Multiplying with Powers of 10

☼ Angles and lines of polygons

Total Pages
45 full page worksheets plus keys
Answer Key
Included
Teaching Duration
3 months
Report this Resource to TpT
Reported resources will be reviewed by our team. Report this resource to let us know if this resource violates TpT’s content guidelines.