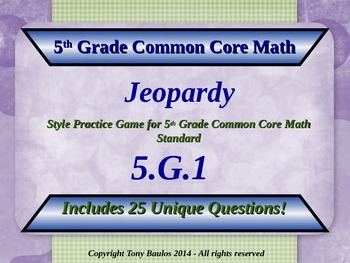 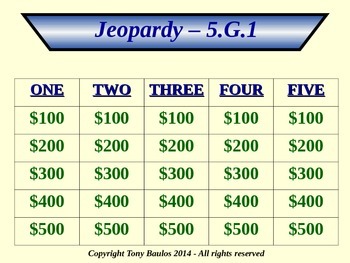 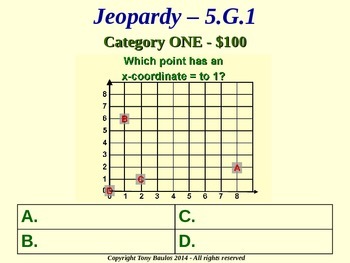 Jeopardy board includes 25 distinct problems and utilizes hyperlinks to award/deduct money from your student teams! (79 slides in all!) Board is automatically updated to show which questions have already been utilized. Also includes an Answer Key if you wish to use questions as Quiz/Test. The PowerPoint file can be used on computers, or Promethean and Smart boards.

Take a look at the preview file and buy today for your students benefit!

5.G.1 Graph points on the coordinate plane to solve real-world and
mathematical problems.