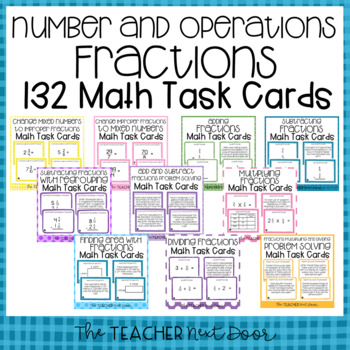 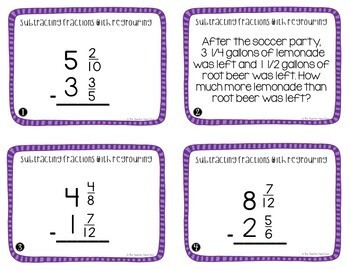 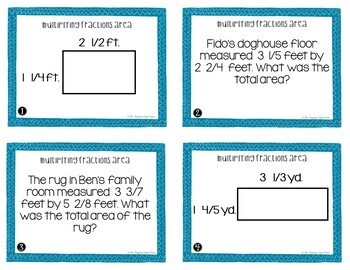 Here’s what it includes:

Recording Sheet for each set

Answer Key for each set

Self-Checking Answer Sheets for each Set

Here are the topics included if you'd like to see each in more detail:

SAVE EVEN MORE and GET MORE with the 5th Grade Math Task Cards Mega Bundle!!! (Click Here) It has 30 sets of task cards which cover ALL 5th grade standards for the ENTIRE YEAR!!!

Why you'll love this resource:

If you'd like to take a look at each set included in the 30 set 5th Grade Math Task Cards Mega Bundle in more detail, here they are:

Other 5th grade units included in the Mega Bundle but also sold separately include:

Number and Operations in Base Ten Task Cards Bundle

Looking for other year long resources for 5th grade?

Finally, if you like my work, I would love for you to follow me by clicking on the green star above.

©The Teacher Next Door™

Purchasing this product grants permission for use by one teacher in his or her own classroom or for one homeschool parent teaching his/her child. If you would like to share with others, please purchase additional licenses.