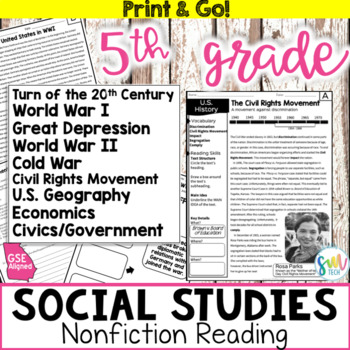 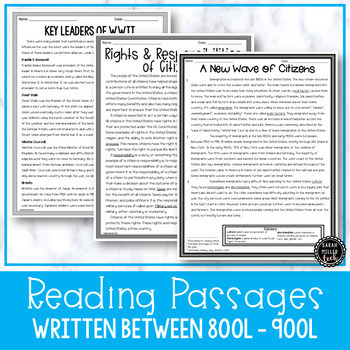 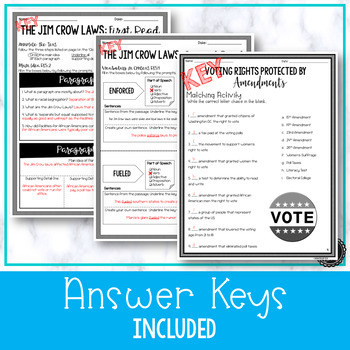 Products in this Bundle (49)

These no-prep activities are perfect for adding literacy to your social studies curriculum because they're academically-aligned for ELA and for social studies. Take advantage of this deal, and you can have reading activities for the ENTIRE YEAR of your 5th grade Social Studies class!

Don't forget to leave feedback! I love hearing it, plus you will earn TpT credits towards a FREE product!

Be sure to FOLLOW ME on TpT so you can receive notifications of my brand new resources! You don't want to miss out!

Log in
to see state-specific standards (only available in the US).
CCSSRI.5.2
Determine two or more main ideas of a text and explain how they are supported by key details; summarize the text.
CCSSRI.5.1
Quote accurately from a text when explaining what the text says explicitly and when drawing inferences from the text.