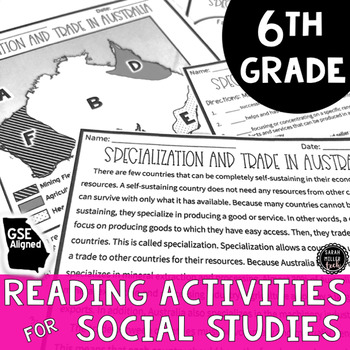 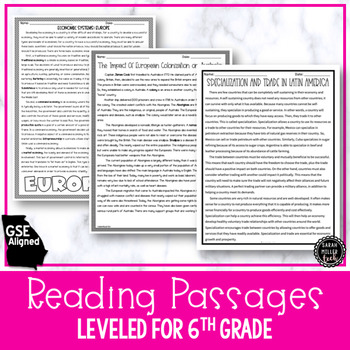 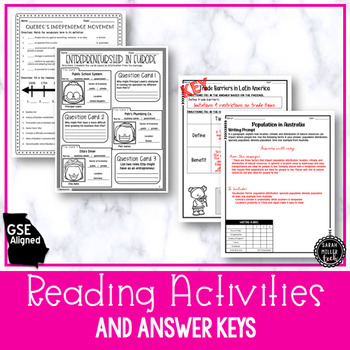 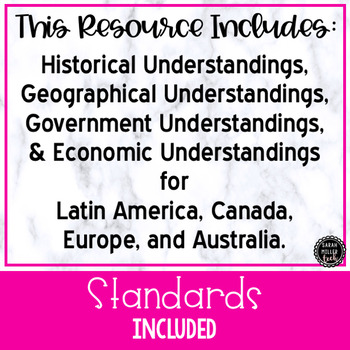 Sarah Miller Tech
1.3k Followers
Follow
Includes Easel Activities
Some resources in this bundle are interactive versions that can be assigned to students to complete from any device. Easel by TpT is free to use! Learn more.

Products in this Bundle (81)

Your students will love learning about Latin America, Canada, Europe, and Australia with these engaging, no prep reading activity packets! This is perfect for adding literacy to your social studies curriculum because it’s academically-aligned for ELA and for social studies. Plus, it’s so easy to use that you can even leave it for sub plans!

All objectives and resources align with Georgia Standards of Excellence, but can supplement many state standards.

Included: All standards for 6th Grade Social Studies as listed in the Georgia Standards of Excellence.

Don't forget to leave feedback! I love hearing it, plus you will earn TpT credits towards a FREE product!

Let's Connect! Get some FREEBIES!