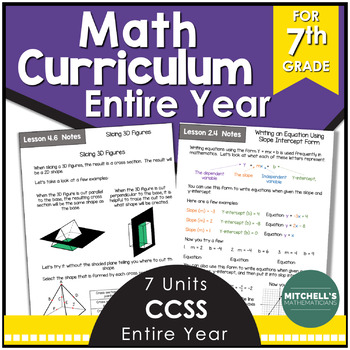 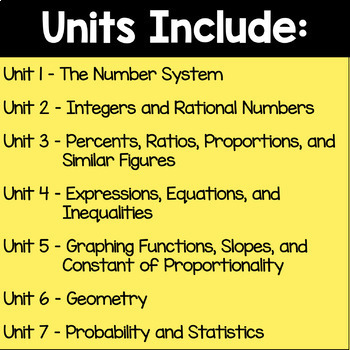 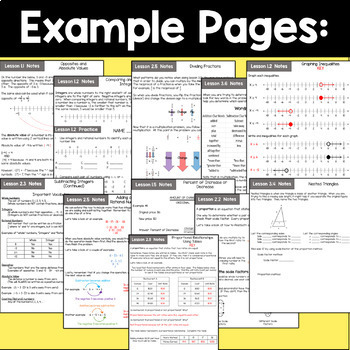 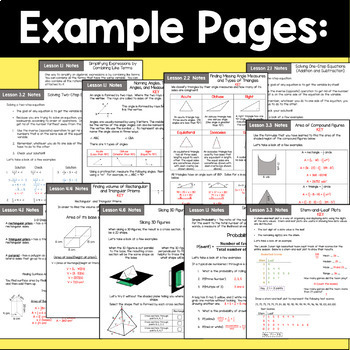 Looking for a NO PREP 7th grade math curriculum that is engaging and rigorous? This common core aligned product is perfect for your seventh grade students. This bundle includes: The number system, integers and rational numbers, percents, ratios, proportions, similar figures, expressions, equations, inequalities, graphing functions, slope, constant of proportionality, geometry, statistics and probability. It is all you will need and more to have an amazing 7th grade year. Just print and go.

This is the same product as 7th Grade Common Core Aligned Math Curriculum Using Google Bundle except this is the PDF version.