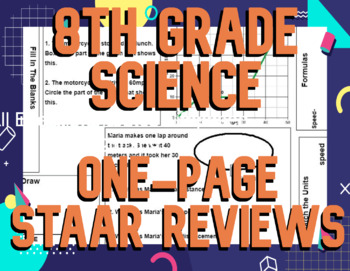 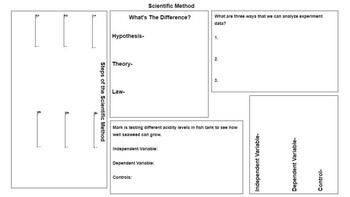 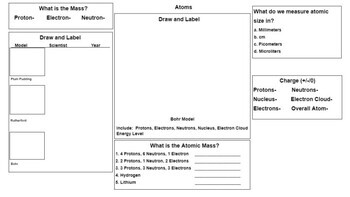 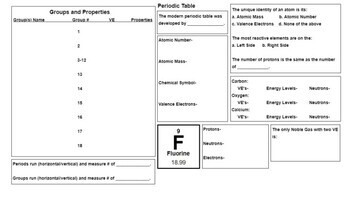 One-Page Reviews are quick summaries of units that students work on towards the end of the semester prior to a semester exam.

Included are boxes for vocabulary, drawing, matching, multiple choice, and fill-in-the-blank. They can use notes, look up information on the computer, and in certain instances, work in groups.

-Define and differentiate between Preventative and Emergency Equipment

-Distinguish between Law, Theory, and Hypothesis

-Draw and label a Bohr Model

-Draw and associate different atom models with their developers

-Write down and describe the different groups, including their Valence Electrons and properties

-Answer the question: Who developed the modern Periodic Table

-Interpret chemical symbols from the table

-Look at the difference between coefficients and subscripts

-Find the masses of different molecules

-Use the force formula to answer questions

-Match up weather and temperatures to different fronts and pressures

This is great for sub work!