A PRESENTATION ON THE SEVEN AGES OF MAN BY SHAKESPEARE 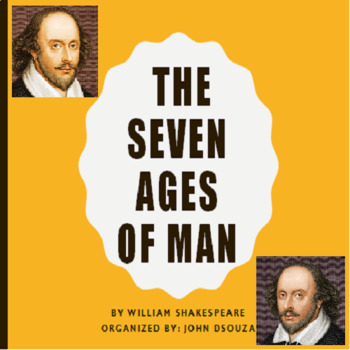 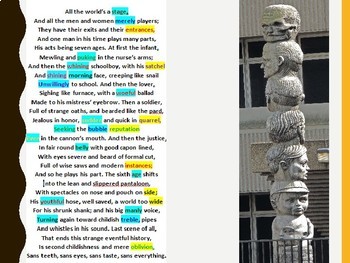 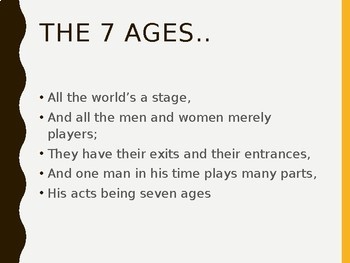 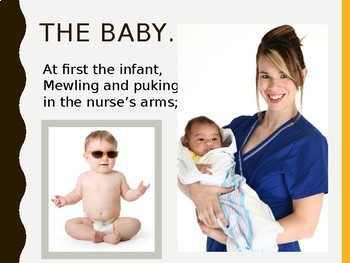 (5 MB|10 pages)
Product Description
A Powerpoint Presentation that presents the Seven Stages of Man's Life composed by William Shakespeare in a visual way.

"All the world's a stage" is the phrase that begins a monologue from William Shakespeare's As You Like It, spoken by the melancholy Jaques in Act II Scene VII. The speech compares the world to a stage and life to a play, and catalogues the seven stages of a man's life, sometimes referred to as the seven ages of man: infant, schoolboy, lover, soldier, justice, Pantalone and old age, facing imminent death. It is one of Shakespeare's most frequently quoted passages.

Teachers can use this resource during class assembly to motivate students to appreciate the literature of William Shakespeare.
Total Pages
10 pages
Answer Key
N/A
Teaching Duration
N/A
Report this Resource to TpT
Reported resources will be reviewed by our team. Report this resource to let us know if this resource violates TpT’s content guidelines.