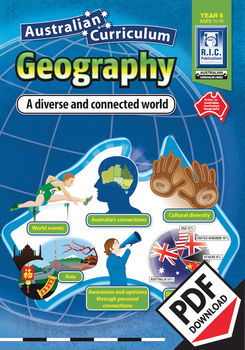 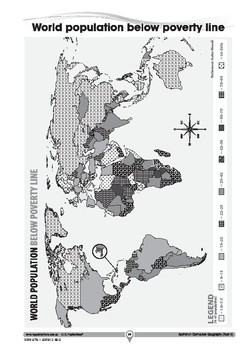 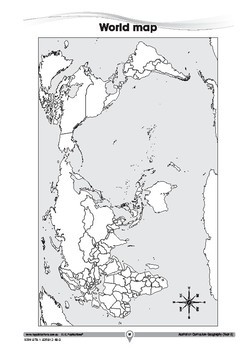 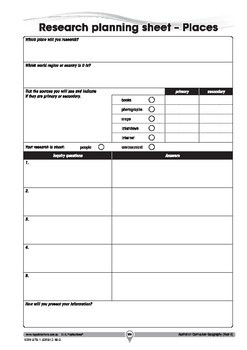 The location of the major countries of the Asian region in relation to Australia and the geographical diversity within the region (ACHGK031)
The difference in the economic, demographic and social characteristics between countries across the world (ACHGK032)
The world’s cultural diversity, including that of its indigenous peoples (ACHGK033)
Significant events that connect people and places throughout the world (ACHGK034)
The various connections Australia has with other countries and how these connections change people and places (ACHGK035)
The effects that people’s connections with, and proximity to, places throughout the world have a shaping their awareness and opinion of those places (ACHGK036)

Recognise the Asian continent and locate the countries in the region on a map. Recognise the different regions within the continent and identify which countries belong to which regions. Describe the location of places in countries in the Asia region in absolute terms using latitude and longitude. Explore the biomes across Asia and the resources these different biomes exist.
Exploring some of the urban environments in Asia, and their development as centres of human activity over time. Exploring different parts of one city. Examining demographics from across Asia, and discussing reasons of disparities between regions and countries.
Exploring some rural environments in Vietnam (where only 31% of the population in urban areas) and the economic activities in these regions. Conducting research into two contrasting areas in country of choice in the Asian region.
Exploring some of the human impacts on the environment in Asia with a particular focus on Indonesia. Gaining an understanding of the impact these activities have on the people, animals and biomes of Indonesia.
Interpreting and exploring different data representations. Making links to explain relationships between life expectancy, GDP per capita and energy use and between literacy rates and GDP per capita across a selection of countries.
Examine the spatial distribution of global poverty and world hunger. Complete an independent investigation to gather statistics about a country and explain the challenges it faces. Compare the living standards of the country with those in Australia, using the data to draw conclusions.
Identifying indigenous groups from around the world and appreciating their differences. Exploring health, employment and incarceration statistics in nations with indigenous and non-indigenous populations.
Investigating the language and religions of different countries and regions around the world.
Exploring cultural diversity at the classroom, local and national scale.
Investigating the similarities and differences in cultures values, norms and communication styles among different groups of people across the world.
Investigating the Indian Ocean tsunami of 2004 and seeing how it connected people and places. Examining the local, regional and global effects the tsunami had on people and places. Exploring the types of responses made by Australia to this tsunami and the Japanese tsunami of 2011.
Exploring the Olympic games and its significance as a world event.
Exploring three very different annual world events that connect people from different places in the world.
Researching and exploring the various types of connections Australia has with other places around the world in terms of heritage or its people, travel and tourism and trade.
Explore the connection and cultural influences on an Australian town (Broome) and on their local area.
Recognising that options of places and cultures be based on personal experience and on information given by others. Understanding that information presented by the media is not always objective.
Determining how much students know about Australia’s close neighbours. Considering the validity of their opinions with respect to their knowledge of each place. Researching cultural stereotypes and their accuracy.
Considering the author and purpose of the written text. Separating fact from opinion in text. Realising that a person’s opinion of place, based on his/her own experience, does not provide an objective, accurate description of that place.

How do places, people and cultures differ around the world?
How do people’s connections to places affect their perception of them?
What are Australian’s global connections between people and places?

Develop geographical questions to investigate and place inquiry (ACHGS040)
Collect and record relevant geographical data and information, using ethical protocols, from primary and secondary resources, for example, people, maps, plans, photographs, satellite images, statistical sources and reports (ACHGS041)
Evaluate sources of their usefulness and represent data in different forms, for example, maps, plans, graphs, tables, sketches and diagrams (ACHGS042)
Represent the location and features of places and different types of geographical information by constructing large-scale and small-scale maps that conform to cartographic conventions including border, source scale, legend, title and north point, using spatial technologies as appropriate (ACHGS043)
Interpret geographical data and other information using digital and spatial technologies as appropriate, and identify spatial technologies as appropriate, and identify spatial distributions, patterns and trends, and interrelationships to draw conclusions (ACHGS044)
Present findings and ideas in a range of communication forms, for example, written, oral, graphic, tabular, visual and maps, using geographical terminology and digital technologies as appropriate. (ACHGS045)
Reflect on their learning to propose individual and collective action in response to a contemporary geographical challenge and describe the expected effects of their proposal on different groups of people (ACHGS046)

Which countries have over 100 million inhabitants? What is the most widely spoken language in the world? Discover the answers to these and many more questions in Australian Curriculum Geography, a seven-book series which will see students navigating through continents, wading through oceans, and discovering cultures, creatures and creations from around the world.
Features:

4-page units each with a supporting Teachers page and three student activity pages
organised into sections according to the content descriptions in the Geographical knowledge and understanding strand for each year
a general note on the importance of geographical skills and an overview and explanation of the skills specific to the year level
a geographical skills class record for teachers to record each student’s progress
a list of additional R.I.C. resources that support the teaching of geography at each year level
where appropriate, links between the content of each unit and the general capabilities and cross-curriculum priorities have been recognised

Total Pages
123 pages
Answer Key
Included
Teaching Duration
1 Year
Report this Resource to TpT
Reported resources will be reviewed by our team. Report this resource to let us know if this resource violates TpT’s content guidelines.