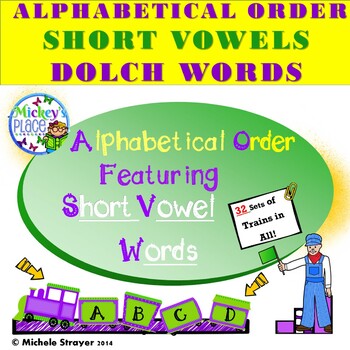 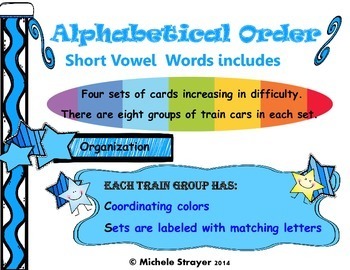 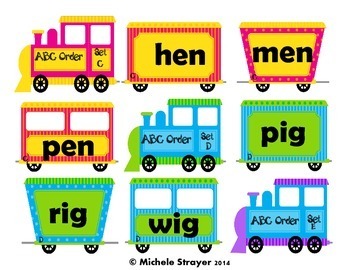 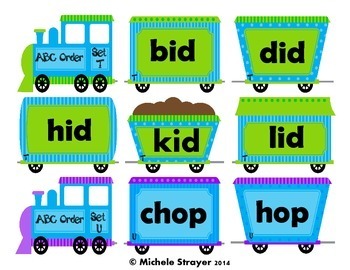 The trains are put in ABC order by their first letter.

There are a total of 32 different groups of words!!!!

Students can use this activity:

Thank you for your interest in my product. This activity is one of a set of nine resources using the skill of alphabetical order. You may be interested in using all of them for a year’s worth of lessons.

The nine sets include:

Be first to know about my new products, including freebies. Look for the green star next to my store logo and click it to become a Follower.