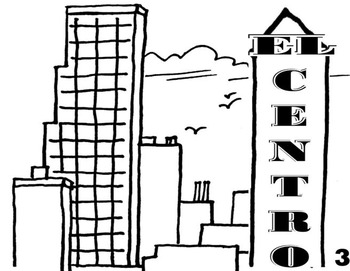 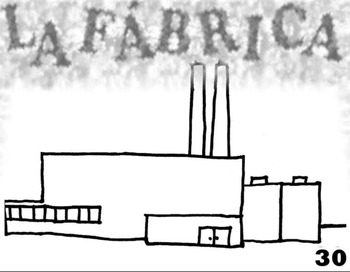 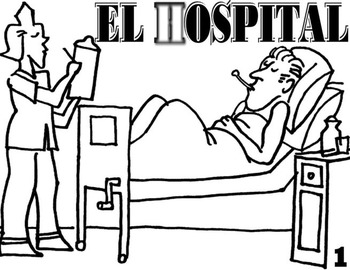 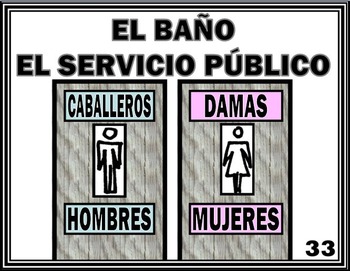 (20 MB|68 print 105 power point)
Product Description
PLACES IN THE CITY
PAM KAATZ aka La Anciana Venerable
(all typos are the result of senility, not ignorance.)
I need to give credit to my niece who came through for me when I mentioned that I needed some drawings to illustrate the places in the city. She was in college, actually studying art. After she sent (as in MAILED) me her first drawing, I think I hurt her feelings when I told her, that while it was a lovely drawing, I had in mind something much more simple. No extra details, just the bare facts. Just enough to illustrate the location.
She DID mention as she always did, “Aunt Pam, do NOT put my name on these drawings. I do not want anyone to know I drew them!"
Well, Vonda, I promise I will never tell your last name.
This is not intended to be a set lesson in which one announces: “We will now learn the names of the places in the city.”
Just like the lesson INTERNATIONAL FORUM, PLACES IN THE CITY should be used to create context for comprehension, the primary ingredient in true language acquisition--not language learning. Not only are the students being exposed to the PLACES vocabulary, they are also learning question words, verbs related to activities one does in each place…on and on.
The idea is to associate certain places with certain people. There are 32 8 1/2 x 11 small signs. I highly suggest that you laminate the visuals before using them. Actually there is also a visual for the most important place: el servicio público. So the real total is 33.

If you have smaller classes, you can give each person two. He/She is in ONE of the places, but prefers to go to the other. Just anything to create a situation to give context.
If you have larger classes, you can have two students in some of the places, which is actually good because it gives context for the differences in singular and plural verb endings.
I preferred to have the students form a big circle, so that we could see all of the drawings. The names of the places are printed on separate sheets, as are a lot of verb infinitives. They are designed to be cut into cards after laminating. I never put the place name on the poster itself. At least until they have been exposed to all the words. You can simply make a roll of masking tape and stick the verb temporarily to the drawing.
You do NOT hold up the signs and say EL BANCO, repitan, EL BANCO. Beginning with cognates, you ask questions such as: ”¿Dónde está Miguel? ¿En el parque o en el banco?” This allows them to think in the language, make a decision and respond with simple answers. To introduce other words, you would ask, “¿Marta está en el aeropuerto o en la playa?” They feel sure that she is not at the airport, so la playa HAS to mean the beach.
You can teach/practice countless things:
¿Quién está en la playa?
¿Juan está en la playa o en el banco?
¿Por qué está en la playa? ¿Qué hace?
The possible extensions of this lesson are limitless.
Have advanced students form groups of two or three and plan an "excursion." They are to tell where they plan to go and why. Then they go to those places and narrate their activities. The next day discuss what everyone did.
As you progress in the language, have everyone pass the "place" to the next person. "When I was at the market, I remembered that I did not buy...so I went to..."
Further extensions include such thoughts as:
¿Si no hubieran ido al banco para cambiar el cheque, habrían podido cenar en el restaurant elegante?
Claro, habrían pagado con una tarjeta de crédito.
In my workshops, I usually start off with a lesson in Russian with the International Forum. By the end of that lesson, participants have been exposed to all subject pronouns, names of countries, verbs such as "to speak." I do NOT speak Russian. I had a friend who went with me when we presented at conferences; she did the Russian lessons, and I experienced that limited amount so many times that I am able to conduct the lesson. If the workshop is long enough, when we come back from a break later in the day, I pass out 12 of the place cards. Those are the only place names in my limited Russian vocabulary. We "recycle" what was learned in our first session. Very powerful.
I was once in Denver at a conference. I always start the Russian part by asking in Russian, “Who speaks Russian?” One lady raised her hand. I asked to speak to her in the hall before we started the lesson.
I explained to her that I did not speak Russian, that I had only learned enough to do the lessons. I apologized for my pronunciation and the mistakes that I was sure to make.

She came up to me after the workshop was over and said, “Vell, it vas not really so terrible.” But may I ask you something? Are you Cuban?” Can you guess why she said that? As you know, Russians are very acquainted with Cubans. So, although I am a native English speaker, with a good Texas accent, she could hear the Spanish influence in my Russian, thus making her suspect that I was Cuban.
At another workshop, after we had done the PLACES lesson in Russian, a teacher inquired about how students could do this lesson without having studied the PLACES vocabulary first. She always had them copy the Spanish-English vocabulary list in their folders, study the vocabulary and take a test on the words before starting the chapter on PLACES. And how could they possibly answer questions using pronouns without having studied and memorized the chart first? Reminded me of how I was taught in high school in 1959. Rote memorization and recitation in not language acquisition.

I tried to gently point out that she had lived the experience of understanding these same things in Russian. Don’t think I was ever able to get the point across to her.

Since I talk so much about contextualized language situations to provide comprehensible input, I would like to copy part of my workshop description:

I instinctively knew that teaching my interactive demonstration lessons in Russian, a language about which 99.99% of the participants would know nothing, was a very powerful way to show them how this methodology affects the language learner. Imagine my shock and subsequent sense of pride when I realized that what I was doing had been advocated long ago:

"Instruction begins when you, the teacher, learn from the learner.
Put yourself in his place so that you may understand what he learns
and the way he understands it."
SOREN KIERKEGAARD~DENMARK~1813-1855

Upon completion of this workshop, the educator participant will be able to…
►► (1) Understand that the target language is best acquired as the first language was acquired. While most language educators agree, in theory, that this is the ideal way, we understand that the total reality of the early childhood linguistic experience cannot be reproduced within the limits of the classroom setting. We CAN, however, imitate the essence of first language acquisition by

►► (2) Avoid causing LLBDS: Language Learner Brain Damage Syndrome. This condition is usually caused by forcing upon the learners rote memorization of vocabulary and grammar rules. Anyone who has studied another language remembers reciting lists of verb conjugations, but then not being able to call up those forms randomly as they are needed. (I know about LLBDS because I, myself, suffered from it. Fortunately, I was cured by a great university teacher and a year in Argentina.)

►► (3) Implement these Language Acquisition theories using the lessons they “lived” in the Russian language. Having felt what the learner feels as the brain begins to organize the randomly presented concepts, the teacher can use these same techniques while presenting his/her target language.

►► (4) Explain to other teachers in his/her department that Building Artificial Realities is NOT a different curriculum; it actually supports all curricula.

►► (5) NOT become frustrated by trying to change immediately and completely his/her teaching style. This type of teaching is difficult to implement at first. When the educator participant has experienced the success of one of these lessons, he/she will be able to add more.

A student approached me after class one day. In fact, we had been doing a very primitive form of this lesson. He told me:
YOU ARE SO SNEAKY. BY THE TIME WE HAVE TO LEARN SOMETHING, WE ALREADY KNOW IT.

So I decided to name my teaching methodology and make an acronym because that is what great educators do, right? And standardized test makers, too

So I now preach the virtue of teaching with the approach called
SNEAKY, INC.