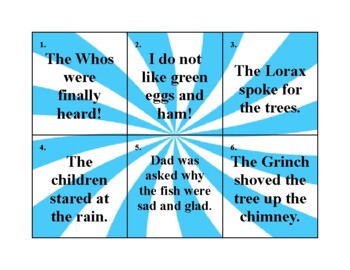 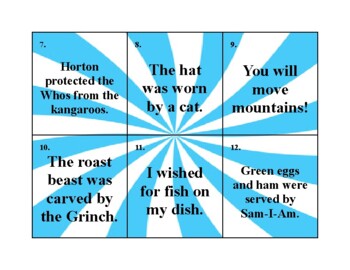 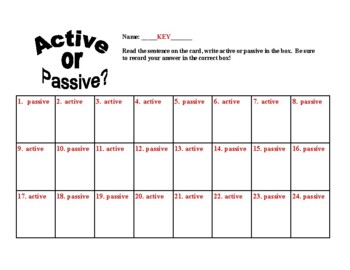 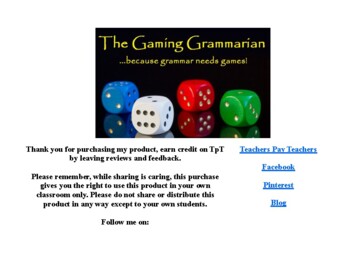 My students were having trouble distinguishing between active and passive voice, so I made these task cards for them to practice. To make it a little more fun I decided to write sentences about favorite Dr. Seuss characters.

Initially the students simply read the sentences and recorded active or passive on their recording sheet. After they became more proficient at distinguishing between active and passive, they worked on converting between the two. For that exercise I used the second recording sheet and they had to rewrite the sentences from active to passive voice, or vice versa.

Log in to see state-specific standards (only available in the US).
CCSSL.8.3a
Use verbs in the active and passive voice and in the conditional and subjunctive mood to achieve particular effects (e.g., emphasizing the actor or the action; expressing uncertainty or describing a state contrary to fact).
CCSSL.8.1b
Form and use verbs in the active and passive voice.
Total Pages
8 pages
Answer Key
Included
Teaching Duration
30 minutes
Report this Resource to TpT
Reported resources will be reviewed by our team. Report this resource to let us know if this resource violates TpT’s content guidelines.