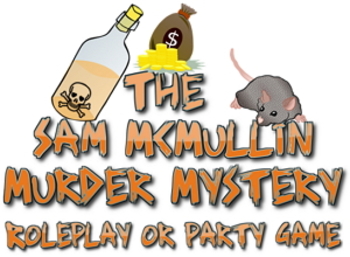 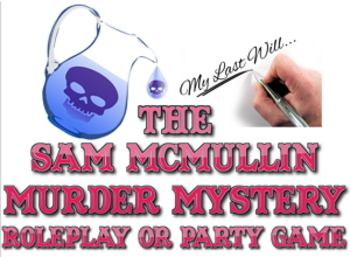 Will your group be the first to unravel this historical, unsolved murder?
Sam McMullin, a prominent lawyer in Grand Junction, Colorado and former District Attorney dies from strychnine poisoning just six weeks after marrying a woman more than twenty years his junior. Neither she nor her long time beau was convicted by a 1947 jury. Other suspects abound. Can you crack the case?

Participants are both suspects and detectives. Zip file contains .PDF as well as some JPEG clues. Can be used as a one-time activity, drama club performance or as a project based, cross curricular learning opportunity.

Check out these historical and free mystery activities

To Kill a King freebie
Fairy Tale Mystery (Who kidnapped Cinderella?)
Who Shot Prospector Pete?
Murder at the Manor (Great for a Game of Thrones gathering)
Who Killed Will Shakespeare? mystery activity
Chariots of Death freebie

The Mystery of the Underground Railroad
The Roosevelt Assassination Attempt
Who Assassinated JFK? (Choose from 5 different endings)
Inventor of the 19th Century history mystery
Explorer of the Millennium Mystery
Assassination on the Ancient Nile freebie
Jake's Dead: Who Is in the Will? freebie