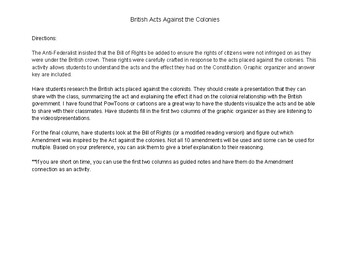 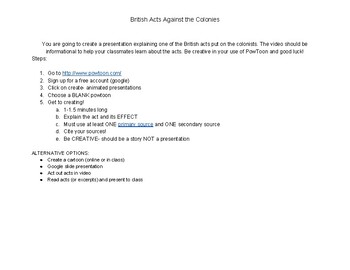 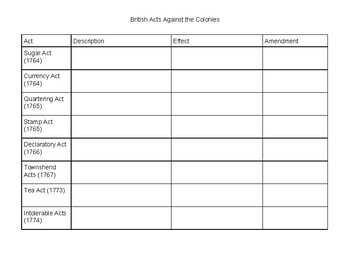 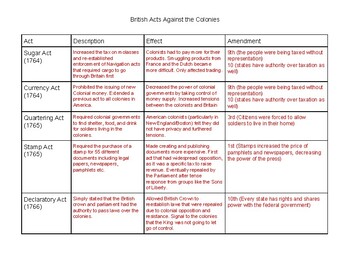 The Anti-Federalist insisted that the Bill of Rights be added to ensure the rights of citizens were not infringed on as they were under the British crown. These rights were carefully crafted in response to the acts placed against the colonies.

This activity allows students to understand the acts and the effect they had on the Constitution. Graphic organizer and answer key are included.