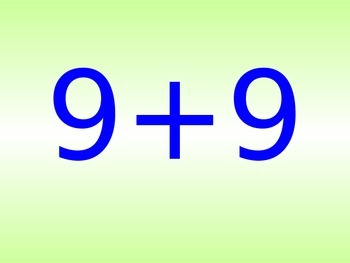 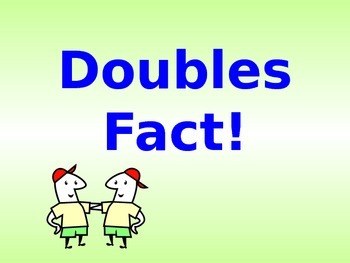 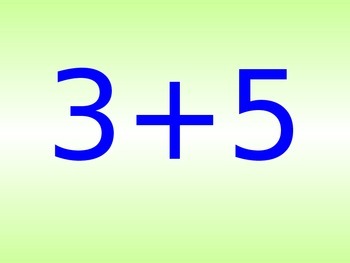 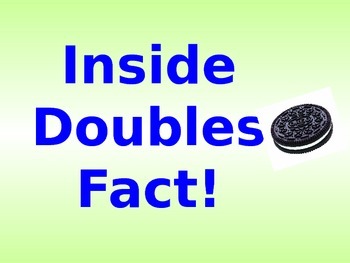 If you are looking at your Addition Facts assessment results with a disappointment, you are not alone. We sure did, because our students were trying to use their fingers to add on a timed test. Then it took them even longer to write their answers down.

The results? Well, here is our method of training our learners to think fast, use many strategies, and write even faster.

Try it with your students.! Mastering so many addition facts comes with practice, so using this tool repeatedly might help you:)

You play the powerpoint (daily if possible) and assign a student to record tallies for example for girls vs boys team (you could make 2 teams any way you want). (I picked a student who scored 100% on the test to write down team tallies.) Have them sit in two separate sides, that way you can see in which team everyone wrote the answer to the addition problem and raised their board facing you first.

I say 'facing you', because if they turn their boards all around, their friends may copy instead of thinking for themselves. I have one or two kids who are slow. Even if they are both boys, I put one slow one in each team. In the end, everyone waits for their answer, and I get a chance to explain the strategy they could use and figure out their answer.

When a team holds up boards with all correct answers, ask that team: "Strategy?" or say "Boys/Girls". In return they name the strategy for that fact. You click, and they see if they got the strategy right. Sometimes an Inside Doubles fact can also be Make 10 with 8 or so on, so then you accept their answer.

Another rule is, to give a tally to the opposite team if someone calls out, because for the most part it is a silent game, which promotes quicker writing.

Tell them to write as fast as they can and hold up their boards, it is not an art contest.

For some of you who are not familiar with terms used in this powerpoint such as Inside Doubles, here is an explanation:

- “Doubles-plus-one” facts include all combinations where one addend is one more than the other. There are 18 of these facts. When students realize that these are facts that have addends with a difference of 1 (1 + 2), (3+ 4), (5 + 6) etc. they simply double the smaller addend and add 1.

- Make Ten Facts - These facts all have at least one addend of 8 or 9. One strategy for these facts it to build onto the 8 or 9 and up to 10 and then add on the rest. For 6 + 8, start with 8, then 2 more makes 1-, and that leaves 4 more for 14.
Total Pages
142 pages
Answer Key
Does not apply
Teaching Duration
30 minutes
Report this Resource to TpT
Reported resources will be reviewed by our team. Report this resource to let us know if this resource violates TpT’s content guidelines.