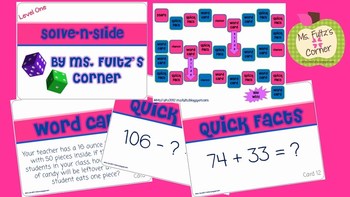 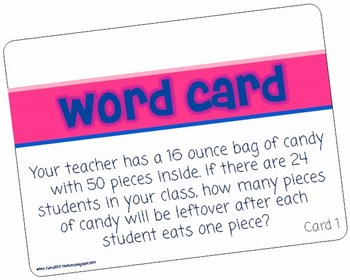 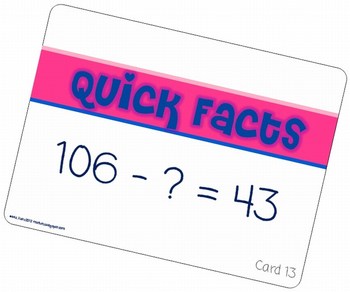 Buy the Differentiation Math Game BUNDLE and save!

This is a game I play with my third grade math class at the beginning of the year. I use it to review addition and subtraction in number sentences and story problems. It would also work for remediating fourth graders or advanced second graders.

Skills covered:
Addition and Subtraction (with and without regrouping)
Story problems, many with multiple steps
Eliminating extra information

I have this same game in a LEVEL TWO with multiplication and division for later in the year and/or older students.

*These question cards can also be used as task cards for seat work instead of using them in the board game.*
Total Pages
76 pages
Answer Key
Included
Teaching Duration
N/A
Report this Resource to TpT
Reported resources will be reviewed by our team. Report this resource to let us know if this resource violates TpT’s content guidelines.