Addition and Subtraction Word Problems to 100 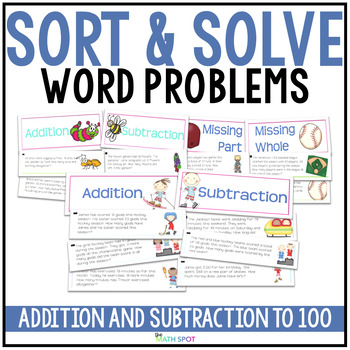 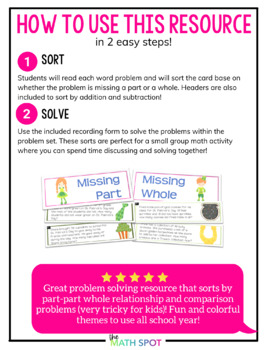 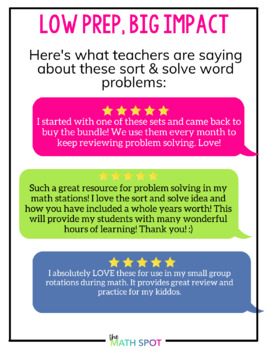 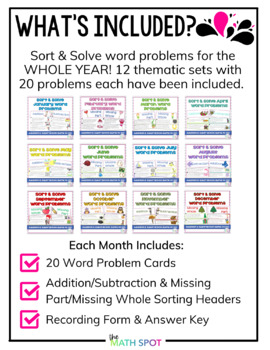 Sort the problems as a class, hang the word problems around the room to walk the , set a few in a math center each week... there are so many ways to use these word problems!

Students will sort word problems after determining whether they can be solved using addition or subtraction. **Update** Missing whole and missing part headers have been added as an alternate option to the addition and subtraction headers. The word problems in these themed packs include part/part/whole, change and comparison type problems.

Student task cards can be laminated or printed onto cardstock. Addition and subtraction headers have been included for sorting purposes.

During or following the sort, students will record their findings either on the accompanying tracking sheet. Enough space has been included so that students are able to show their work. An answer key has also been included for each pack.