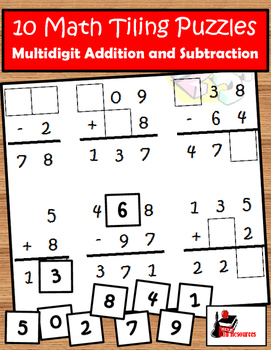 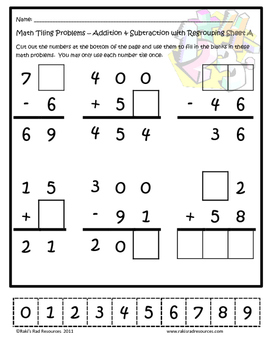 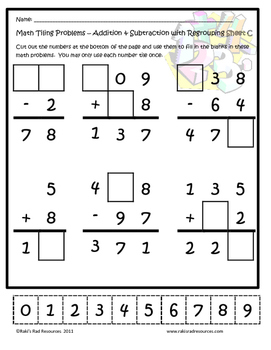 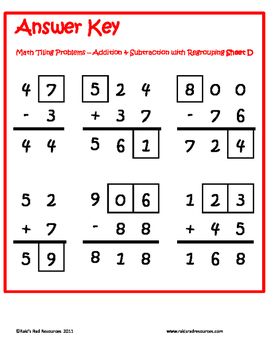 This packet includes 10 different Tiling Worksheets, each with it's own answer key. This packet provides tiling problems for addition and subtraction, using regrouping.

This packet includes 10 different Tiling Worksheets, each with it's own answer key. This packet provides tiling problems for subtraction with regrouping. Interested in using these puzzles in your Google Classroom? Check out the Google Classroom version of this product.