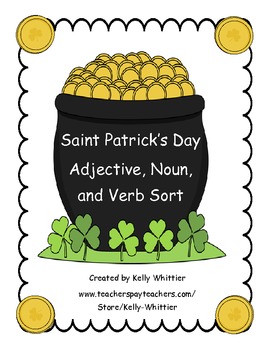 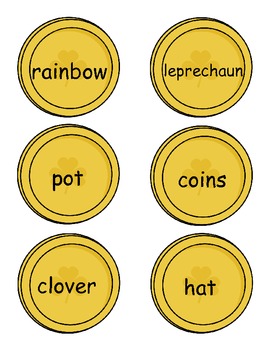 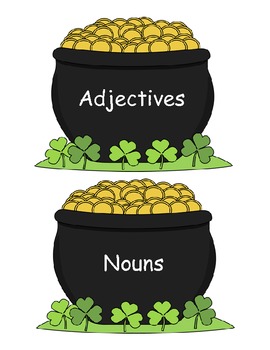 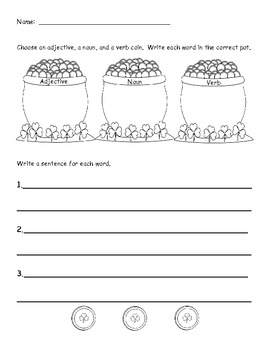 Teaching or reviewing adjectives, nouns, and verbs during March? Then this product meets your needs!

Adjectives, Nouns, and Verbs Saint Patrick's Day Word Sort contains 18 St. Patrick's Day related adjectives, nouns, and verbs to sort onto three adorable pots of gold coins. Also included is an answer key and a worksheet that can be used after completing the activity.

This activity would be great for RtI, a literacy center, or a whole class lesson (sort the words as a class and then have students complete the worksheet individually). You could even use the coin word cards for alphabetical order practice!

Thank you for looking! :)