Adventures in Florida History: Ponce de Leon and the Discovery of Florida 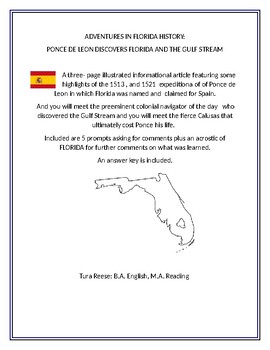 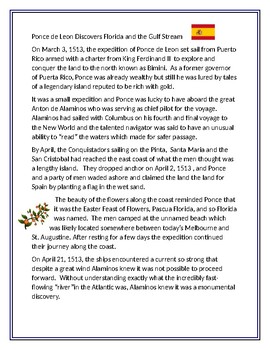 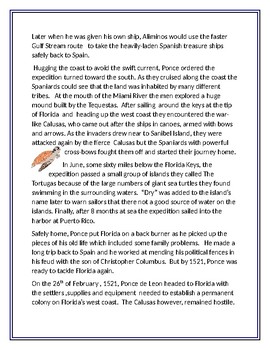 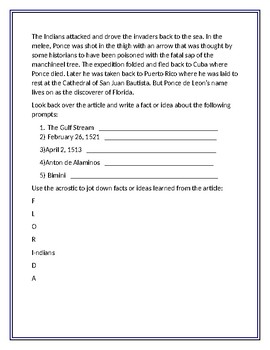 A three- page illustrated informational article featuring some highlights of the 1513 , and 1521 expeditiona of of Ponce de Leon in which Florida was named and claimed for Spain.

Included are 5 prompts asking for comments plus an acrostic of FLORIDA for further comments on what was learned.

An answer key is included.

Log in to see state-specific standards (only available in the US).
CCSSCCRA.L.3
Apply knowledge of language to understand how language functions in different contexts, to make effective choices for meaning or style, and to comprehend more fully when reading or listening.
Total Pages
N/A
Answer Key
N/A
Teaching Duration
N/A
Report this Resource to TpT
Reported resources will be reviewed by our team. Report this resource to let us know if this resource violates TpT’s content guidelines.