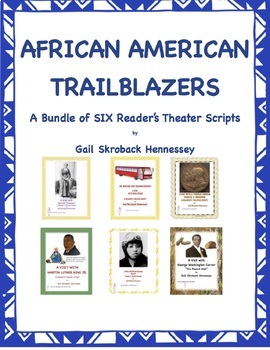 Each play has the "guest" visiting Ms. Bie Ografee's Talk Show and audience questioners asking the guest questions about their life and accomplishments. The plays include a Did You Know? of factoids, comprehension questions, a teacher page with extension activities and the key.

Great for Black History(African American History)Month in February or any time of the year if you are covering American History or would like to use a biographical play as a Friday (or before a vacation) activity.