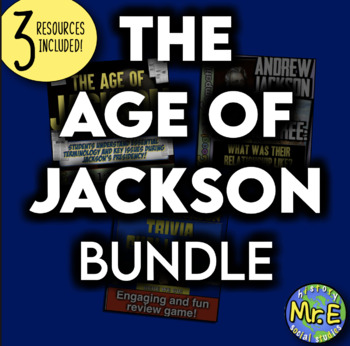 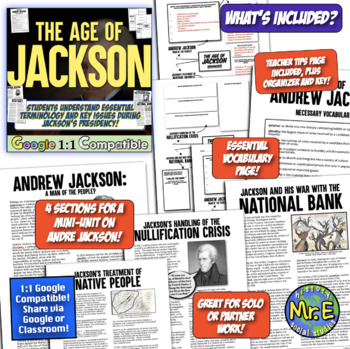 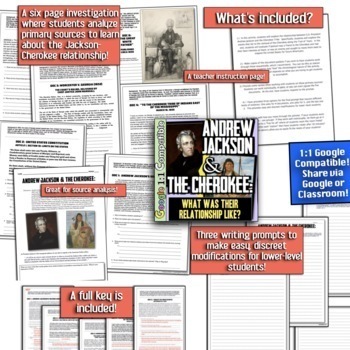 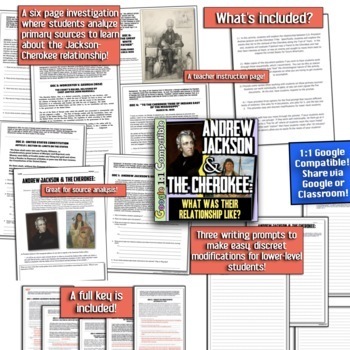 The Age of Jackson Bundle is included in the much larger American History Super Unit: Version 2/4, located here:

The first resource is an overarching unit used to teach President Jackson. This unit includes Common Core focused readings and activities to introduce Jackson as a Man of the People, Jackson's Bank War, his Indian removal policies (including the Indian Removal Act and Worcester v. Georgia), and the Nullification Crisis including the role of John Calhoun and South Carolina's defiance! This lesson has both a paper, in-class AND Google 1:1 compatible version included!

The second resource is a focused activity on Jackson's role in Indian removal, specifically the Cherokee and the Trail of Tears. Students investigate how Jackson viewed the Cherokee by examining several documents. In the end, students argue if Jackson saw the Cherokee as friends or foes! Very engaging! This lesson has both a paper, in-class AND Google 1:1 compatible version included!

The third resource is a Trivia Challenge review activity! Students play Trivia Challenge, a game that plays like Jeopardy, to review the major concepts and themes of Jackson's presidency!

Looking for a guiding set of notes and a PowerPoint on the Age of Jackson? Check out that here: