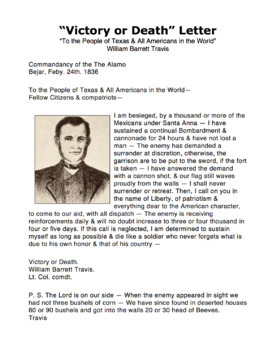 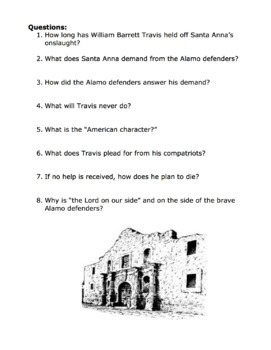 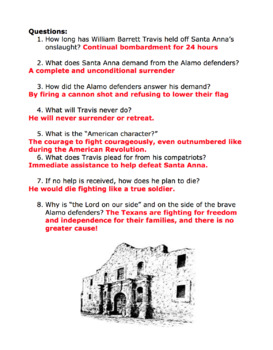 This is an essential primary source needed for any in-depth study of the Texas War for Independence aka the Texas Revolution. This is William Barrett Travis's last-minute letter pleading for reinforcements. This is a must for any patriot to study, and I have included eight questions on the back for students to answer from their reading.