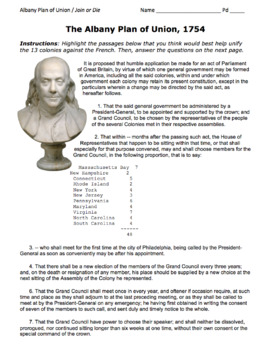 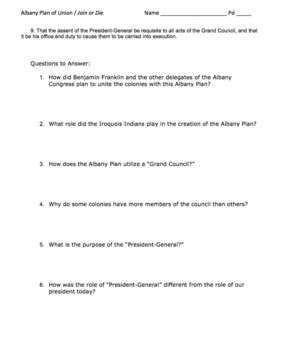 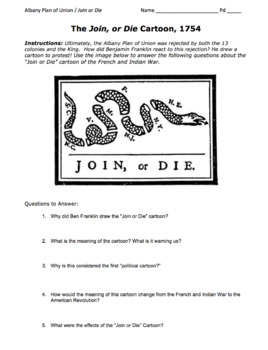 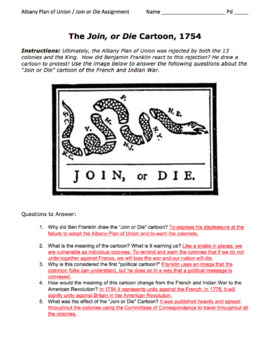 This is a fantastic activity that makes the hard-to-understand Albany Plan of Union very simple and easy for students to dissect and understand. They are given important excerpts of the Albany Plan and are instructed to highlight all points that contribute to colonial unity. Students then answer essential question on the Albany Plan, including Benjamin Franklin's role, the influence of the Iroquois League, and the "Join, or Die" Cartoon.

Total Pages
3+key
Answer Key
Included
Teaching Duration
90 minutes
Report this Resource to TpT
Reported resources will be reviewed by our team. Report this resource to let us know if this resource violates TpT’s content guidelines.