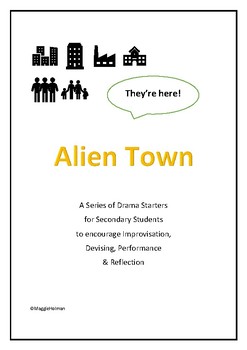 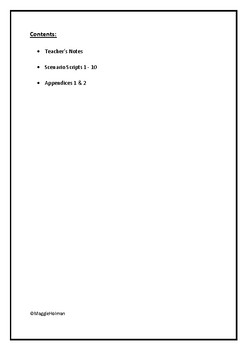 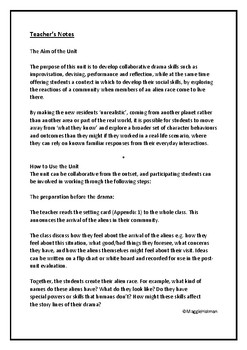 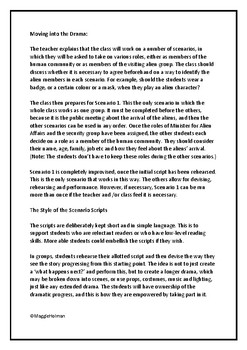 I wrote the first version of this drama unit during my M.Ed in Educational Drama, for the unit 'Using Drama to Explore Social Awareness'.

The drama context is that of a community who are chosen to take the next group of alien visitors in an Earth/Alien Liaison Programme. In this programme, alien visitors are sent to Earth for a period of 3 months, to discover what it's like to live there. Historically, the programme has been devised by governments globally to avoid tensions between the two groups. The philosophy behind the context is that using alien characters will challenge the students to move away from the real-life responses of ‘what they know’ and encourage them to explore alternative responses, decisions and outcomes.

The unit is collaborative from the outset and students are involved in creating the pre-drama information about the alien visitors and how these aliens might affect the drama thread. Students then move on to work with 10 open-ended drama scenarios, which all allow for interaction between the human and alien characters. Each one is the beginning of a script which acts as a catalyst for devised group dramas. After Scenario 1, which is a whole-class public meeting, each group proceeds through the remaining scenarios, using a process of rehearsal, devising, performance and reflection. (Discussion questions and an end-of-unit evaluation sheet are included).

The scripts are deliberately open-ended to allow students to be involved in and take ownership of what happens in each story line. This process helps students to develop their decision-making, improvising and collaborative skills, and the scenarios are meant to generate a whole dramatic story, not just a responsive 'what happens next'.

I've used this unit many times over the years, usually with students who are low-level readers and work better with devised drama work, and with students who need help with behavioural interactions and social skills. The unit is suitable for students aged between 11 and 16. I myself have used it many times for the UK GCSE Drama 'improvisation' unit.

I hope you will find this unit useful with students who like to work in this flexible and collaborative way.