All Quiet On The Western Front ~ Movie Guide 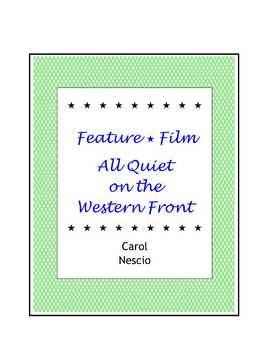 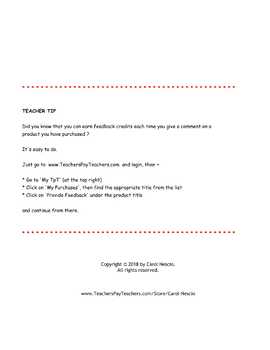 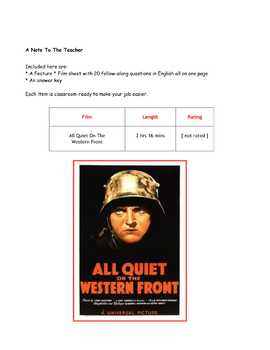 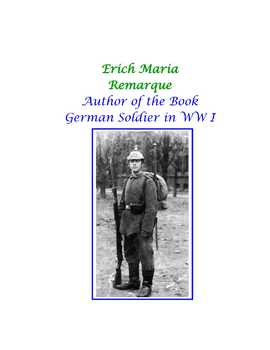 This is the film from 1930 with Lew Ayres ~ the story of a class of schoolboys who joined the German Imperial Army and fought on the Western Front in The Great War.

it looking down writing out answers and, thus,

not miss important moments in the film.

A heart-breaking story of the hardships and disillusionment of German soldiers in this war. Everything is classroom-ready to make your job easier. (8 pages)

by the Choctaw Code Talkers used in World War I.

Here are some links for further information ~

* Choctaw Code Talkers of WW I

"In October 1918, the American Forces were trying to break the strong defensive line of the Germans with no success. Every time they prepared to go "over the top" to assault the line, the Germans were prepared for them. It was apparent the enemy had tapped and decoded the American communications lines. The Germans were not able to decode the American messages given in Choctaw and the result is a glorious part of history.

The phrase "Code Talker" did not exist during World War I, and Tobias Frazier was not known to refer to himself as one. The phrase was later coined during or after World War II."

Few people know about The Hello Girls ~ women recruited in WW I to be switchboard operators in Europe to fully utilize the new technology of the telephone at the front lines for speedy communication.

and an interesting video presentation by the author ~

Almost forgotten by history, in World War I thousands of Chinese volunteered to help the European war effort as laborers. Many died in France, some from the Spanish flu in 1918, and are buried in the Chinese Cemetery of Nolette à Noyelles-sur-Mer near Le Havre. Some are also in Folkestone, England on the English Channel.

* England: The Cemetery in Folkestone *

* The Chinese Cemetery in France *

in the left panel to see what products are currently free. ..♥

.. The only successful resistance attempt under The Third Reich. ..