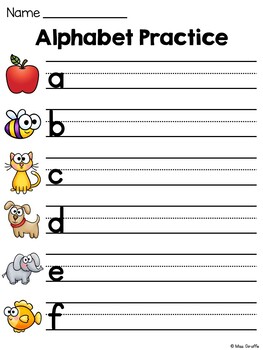 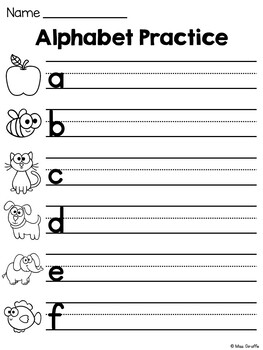 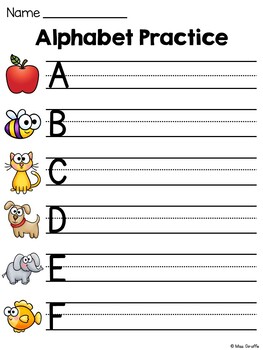 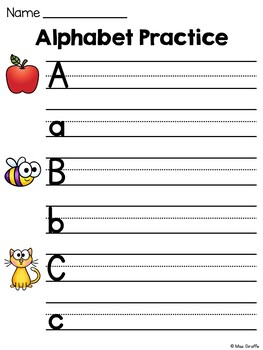 Alphabet Handwriting Practice pages for tracing letters that are so fun for reviewing letter sounds while practicing handwriting skills AT THE SAME TIME! So much practice all in one in these fun worksheets!

Save a bunch by getting this in the Alphabet ULTIMATE BUNDLE if you want a ton of fun alphabet resources for a deep discount! :)

I encourage you to have students say the beginning sound of the letter as they write it on the line each time and to use the cute picture to the left as a guide. It's awesome alphabet letter review practice!

The sheets come in several different ways so you can easily differentiate:

All of the above types come in full color AND in black and white - so you can use the color to laminate and make a write and wipe center for students to reuse in a center OR the black and white version to give as worksheets that students can color and take home :)

I love having the first letter in black rather than a tracing font because kids can trace over the black text as many times as they want to practice the letter before writing it on their own. They can also stop and go back to practice tracing it at any point, even after they've started writing their own, to practice formation. It really helps build confidence in writing to give that little bit of extra support!

These coordinate really well with my other Alphabet Resources! Here are a few:

All of which (including this resource and more!) are in the Alphabet ULTIMATE BUNDLE which is a way to get them all at a big discount!

I hope you love these!