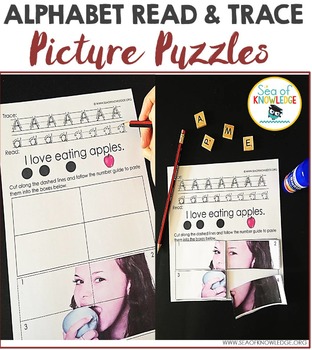 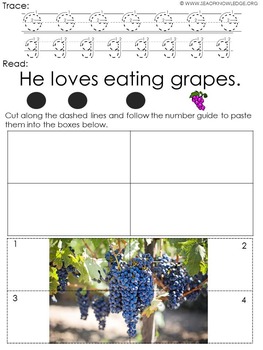 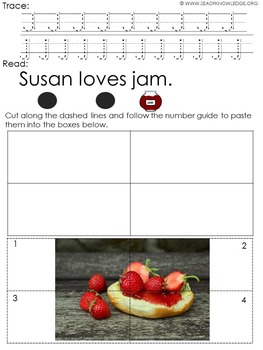 Get your students practicing their alphabet sounds, handwriting and motor skills all in one activity with these interactive pages.

Features of this set:

Promotes letter recognition!
Students will read the letter as well as the sentence and identify the letter within the context of the word and sentence.

Perfect for ESL/ELL learners!
ESL learners particularly find it difficult to identify the letters of the alphabet, with this set they will understand them through visualization and fine motor skills.

Interactive and engaging!
They are interactive in that when students cut up the picture puzzles related to the sentence, they will glue it into the boxes provided.

Versatile & Re-usable!
You could choose to laminate the activity sheets and let students fill out in dry erase markers. You could also print them out in black and white and have the students cut and paste them into their notebooks.

Thank you for stopping by!
Total Pages
26 pages
Answer Key
N/A
Teaching Duration
N/A
Report this Resource to TpT
Reported resources will be reviewed by our team. Report this resource to let us know if this resource violates TpT’s content guidelines.