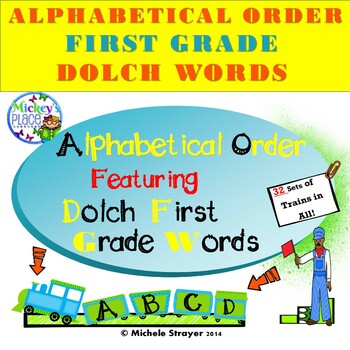 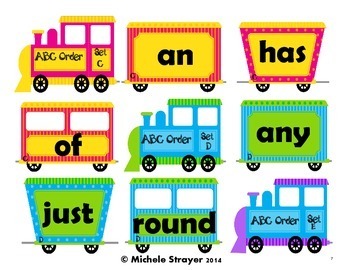 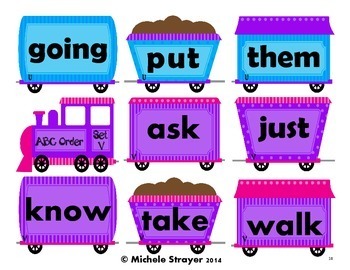 The trains are put in ABC order by their first letter.

This resource contains:
four sets of eight groups of word cars.
sets increase in difficulty, from arranging three cars in a group to sorting six word cars into a group.
trains are in coordinating colors
trains are labeled with matching letters to make it easier for upkeep and organization.

There are a total of 32 different groups of words!!!!

Students can use this activity:
at a center
at their seats
in small group lessons
as an assessment

Thank you for the interest in my product. This activity is one of a set of nine resources using the skill of alphabetical order. You may be interested in using all of them for a year’s worth of lessons.

The nine sets include:

Total Pages
43 pages
Answer Key
Does not apply
Teaching Duration
1 Semester
Report this Resource to TpT
Reported resources will be reviewed by our team. Report this resource to let us know if this resource violates TpT’s content guidelines.