Alternate Histories and Nineteenth-Century Literature: Untimely Meditations in B 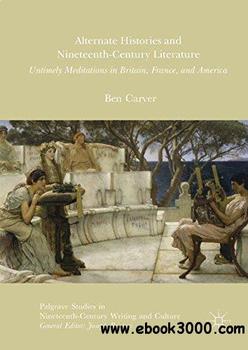 This book provides the first thematic survey and analysis of nineteenth-century writing that imagined outcomes that history might have produced. Narratives of possible worlds and scenarios-referred to here as "alternate histories"-proliferated during the nineteenth century and clustered around pressing themes and emergent disciplines of knowledge. This study examines accounts of undefeated Napoleons after Waterloo, alternative genealogies of western civilization from antiquity to the (nineteenth-century) present day, the imagination of variant histories on other worlds, lost-world fictions that "discovered" improved relations between men and women, and the use of alternate history in America to reconceive the relationship between the New World and the Old. The "untimely" imagination of other histories interrogated the impact of new techniques of knowledge on the nature of history itself. This book sheds light on the history of speculative thought, and the relationship between literature and the history of ideas in the nineteenth century.