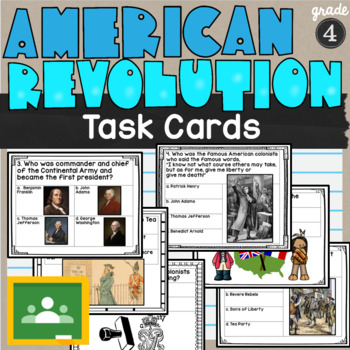 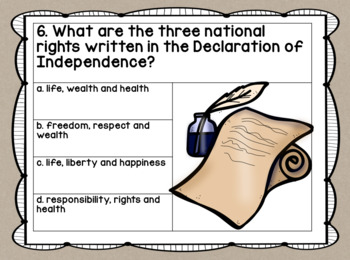 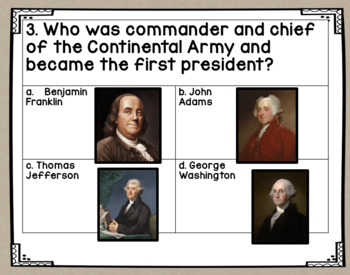 The task cards comes in PowerPoint format AND a link in Google Drive so that you can assign it in google classroom. It also comes in an EDITABLE form so you can make changes if you want to.

This product will work as an independent center assignment, small group lesson or whole group activity!

Checkout my American Revolution Bundle! This product is included!

Total Pages
30 pages
Answer Key
Included
Teaching Duration
1 hour
Report this Resource to TpT
Reported resources will be reviewed by our team. Report this resource to let us know if this resource violates TpT’s content guidelines.