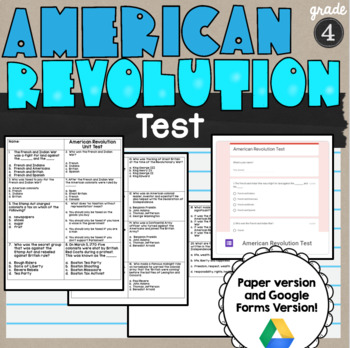 2.Google Forms Link to the test

Checkout my American Revolution Bundle! This product is included!

Total Pages
6 pages
Answer Key
Included
Teaching Duration
55 minutes
Report this Resource to TpT
Reported resources will be reviewed by our team. Report this resource to let us know if this resource violates TpT’s content guidelines.