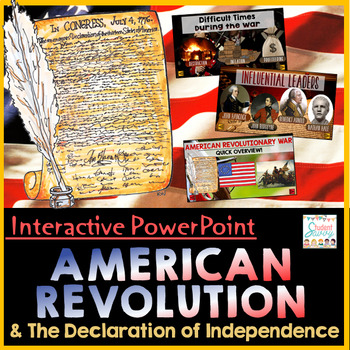 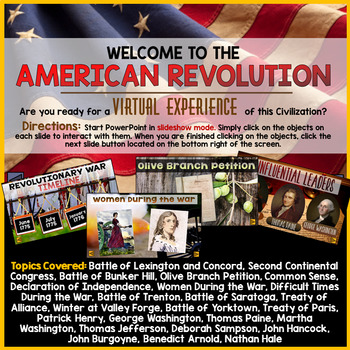 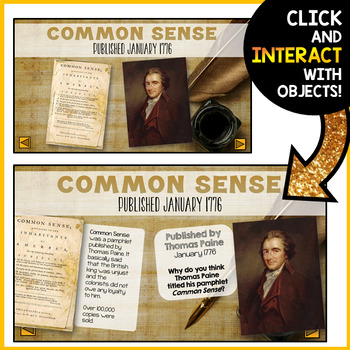 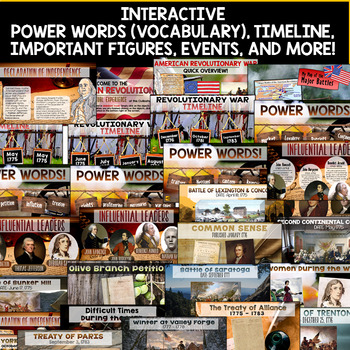 ***Watch this quick preview video to see the PowerPoint in action!

This teaching resource is quite the virtual experience! This Early American / United States History PowerPoint can be used as a powerful classroom presentation or students can click their way through it!

This resource is aligned with Declaration of Independence and American Revolution Interactive Notebook I would highly recommend using this resource along with the PowerPoint but it is optional. The Powerpoint is a stand-alone resource.

This resource is designed for an Early American / United States history unit.

Find the rest of the US HISTORY INTERACTIVE POWERPOINT SERIES here!

Declaration of Independence and The American Revolution Interactive PowerPoint

American Revolution: Events Leading Up to the War INB Unit

Declaration of Independence and the Revolutionary War INB Unit