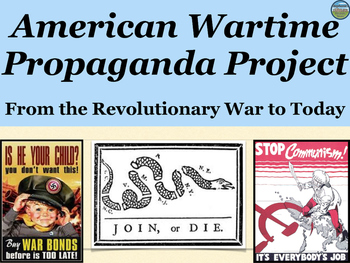 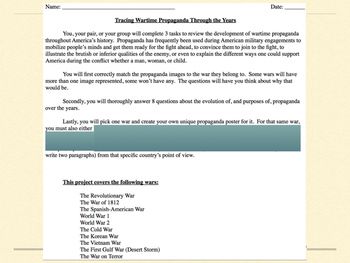 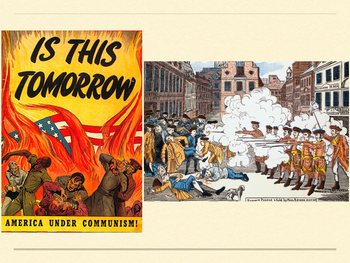 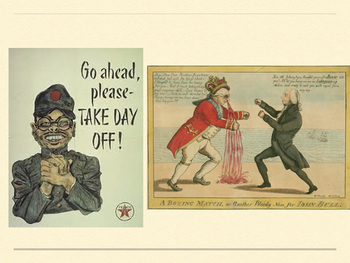 Students analyze propaganda spanning American wars from the Revolutionary War through today. The students first identify which propaganda posters belong to which war (there are 12 slides and 22 images). Then they answer 8 questions about the nature of propaganda over the course of American military engagements and complete a creative activity.

The file includes a PDF and Powerpoint of the images covering the last 240 years and the actual project document is a PDF. A points distribution is included and an answer key is included where appropriate.

--What was the overarching purpose of propaganda in America’s history? How successful would you say its track record has been?

--Explain how the lack of propaganda posters for the Korean War is connected to it being considered America’s Forgotten War.

--Pick 3 posters and describe the emotions they evoke from you. Would those three posters convince you to support that particular war?

Total Pages
19 pages
Answer Key
Included with rubric
Teaching Duration
N/A
Report this Resource to TpT
Reported resources will be reviewed by our team. Report this resource to let us know if this resource violates TpT’s content guidelines.